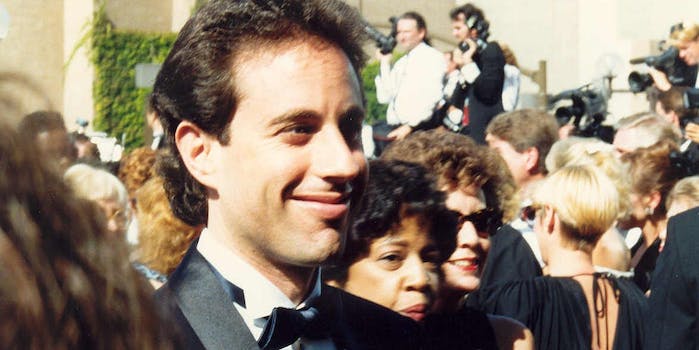 Kramera is a video app, currently available for iPhone only, that allows users to create their own Seinfeld-themed videos.

Seinfeld may be long over, but a new crop of fan videos are just starting, thanks to a new app.

Kramera is a video app, currently available for iPhone only, that allows users to create their own Seinfeld-themed videos.

The app features a recently added start-and-stop control, similar to Vine, that allows for multiple camera angles. Additionally, it inserts a laugh track and Seinfeld-esque music underneath your footage.

So far, the app’s creators have uploaded two videos with the app to its Facebook page.

There are no publicly shared Kramera videos from users popping up just yet. But it’s only a matter of time before updated stories about knee-buckling soup, Chinese restaurants, and imaginary architects are told.