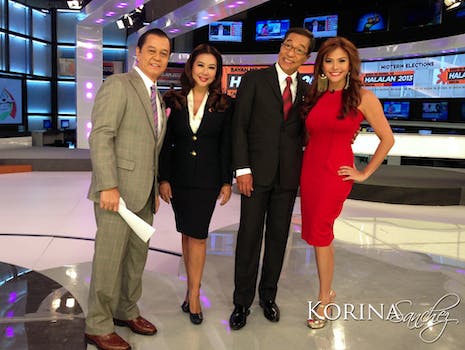 A veteran news anchor in the Philippines is coming under fire for her comments about Typhoon Ruby.

On the Dec. 3 broadcast of ABS-CBN’s TV Patrol, Korina Sanchez and her co-anchors discussed Typhoon Ruby (international name Hagupit) as it approached the Philippines, Japan, and nearby Pacific nations. Co-anchor Noli de Castro said everyone should pray for the typhoon to change directions. What was Sanchez’s wish? For the entire typhoon to strike Japan because that island nation was better equipped to handle it.

“Let them all have it,” Sanchez said according to a translation from Rappler. “It seems they can handle it better.”

Sanchez’s comments sparked outrage from ABS-CBN viewers, with some of them calling for her to be fired. Others have suggested that Sanchez merely misspoke and that her heart was in the right place in worrying about the Philippines.

Korina Sanchez should be fired. she doesn't deserve to be in your channel or any tv programs .

In the aftermath of Sanchez’s comments, a satirical news site declared that Japanese Prime Minister Shinzo Abe had declared her persona non grata.