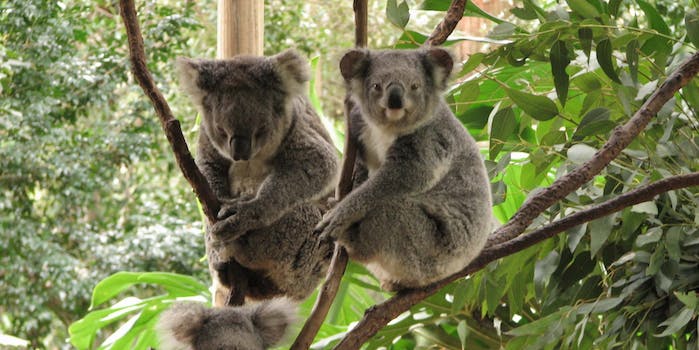 Australian farmer runs for her life from aggressive koala

This is the most unexpected chase scene we've seen in a while.

Of all the animals that might start chasing a car, koalas seem like a very unlikely choice.

Sure, we know that koalas aren’t as cuddly as they look, but this video proves that they’re surprisingly badass.

An Australian dairy farmer driving along the road with a herd of cows found herself the target of a relentlessly aggressive koala. It’s a pretty ridiculous scenario, but we don’t blame her for being scared. That koala just will not stop.