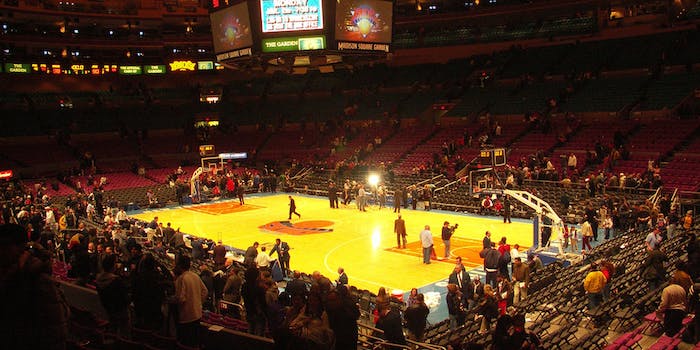 This GIF might actually redeem the Knicks’ throwaway season

Too little too late? Who cares?

It might be the crossover of the year. Orthopedic surgeons are still wincing.

During the third quarter of last night’s game, New York Knicks guard Iman Shumpert broke the ankles of the Brooklyn Nets’ Paul Pierce on a pull-up jumper. It’s reminscint of Jordan’s Game 6 buzzer-beater on Bryon Russell in the ’98 NBA Finals—except Shump’ took the 16-year NBA veteran all the way to the floor.

The Knicks won the game 108-98. Shumpert accounted for 11 of those points, and two ESPN SportsCenter top 10 highlights.

While the win may have felt good for the Knicks, the Nets should be the only team celebrating. Brooklyn is a lock for a playoff berth, while the Knicks have been mathematically eliminated.

Next time break out the fancy moves a little earlier in the season, Shumpert.