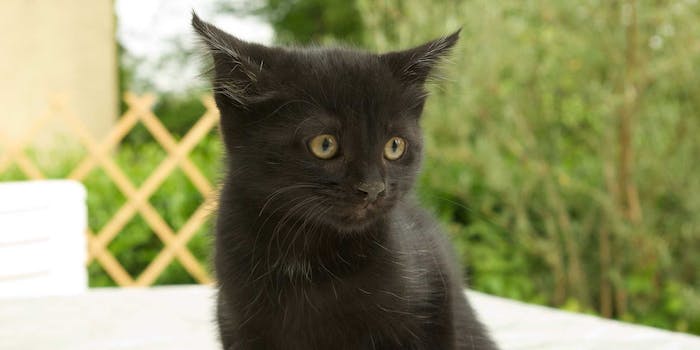 Please send help—this kitten is too small and adorable and we can't handle it.

Sometimes a kitten is so tiny and so adorable that you’re reduced to nothing but high-pitched squealing noises.

This guy decided to surprise his girlfriend with a new kitten, and while she spotted the hidden camera almost immediately, that didn’t stop her from totally freaking out. A surprise baby kitten! Wearing a bow! On her bed! It was simply way too cute to handle.

Diamonds are garbage. Kittens are a girl’s best friend.

Photo via jcfischer/Flickr (CC BY 2.0)