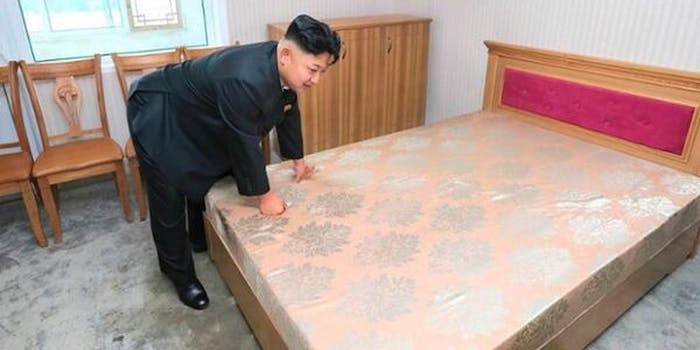 As if the photo weren't great on its own.

North Korean dictator Kim Jong-un was recently photographed in a stooped-over position, inspecting a mattress for firmness. Nothing too unusual or malicious about it.

This innocent moment, once blasted around the Internet, set off a thunderstorm of Photoshop mischief over at the Photoshop Battles subreddit. (It must be mentioned it’s the second time in as many months that the dictator has been the victim of hilarious image manipulation.)

Sexual innuendo is the obvious route to go here, but there are so many options.

One world leader rides another. 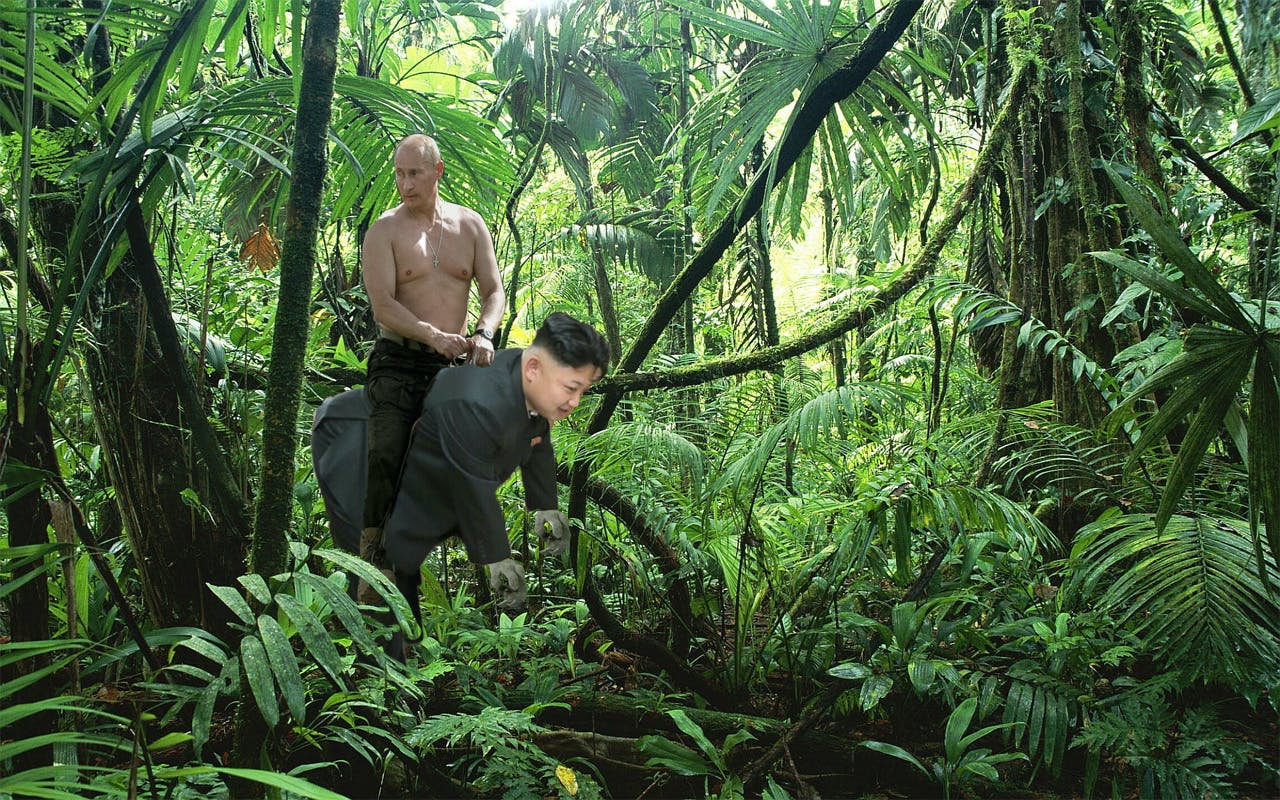 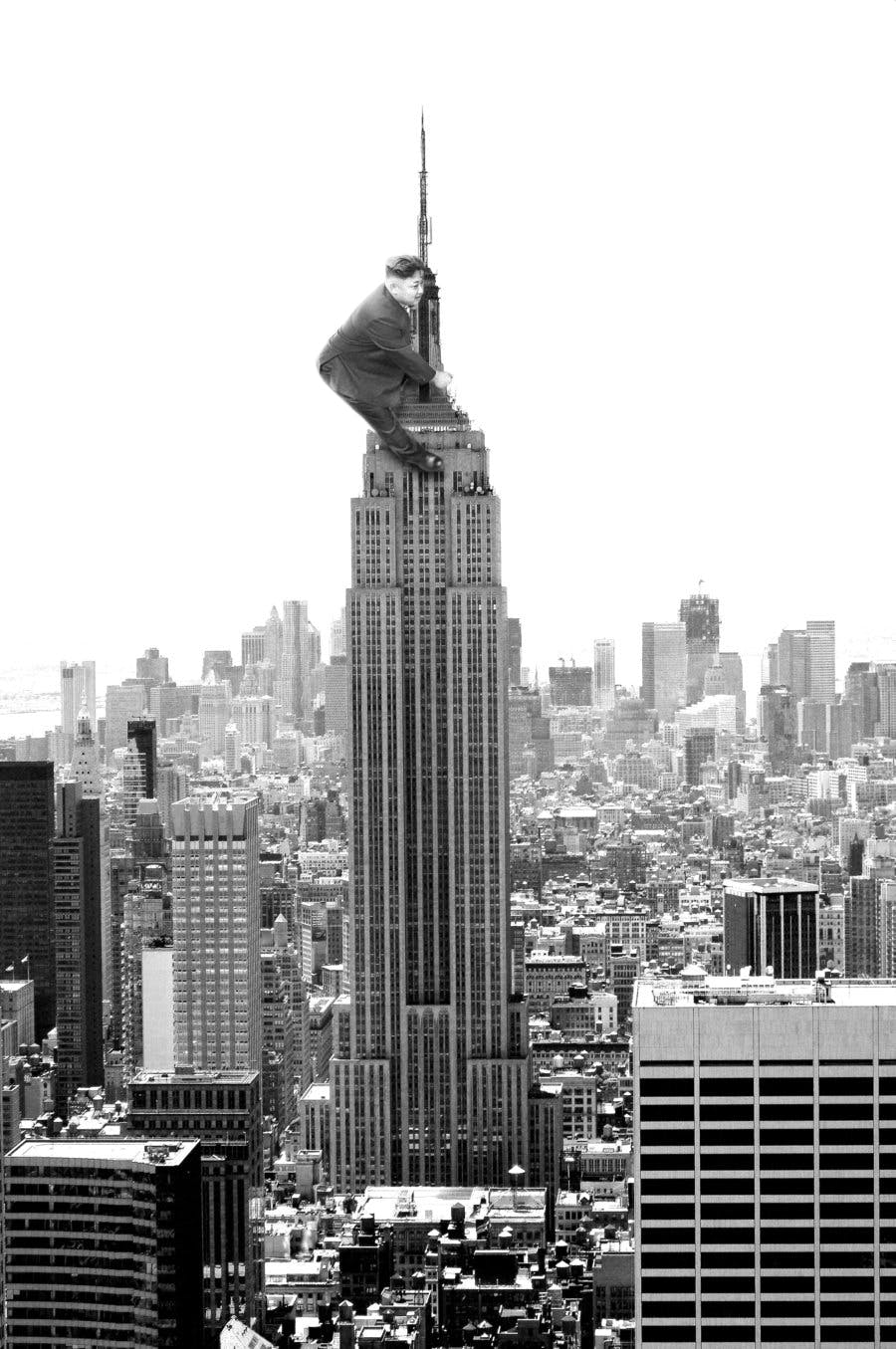 A totally surreal spin on the “weaselpecker” picture that took over the Internet earlier this week. 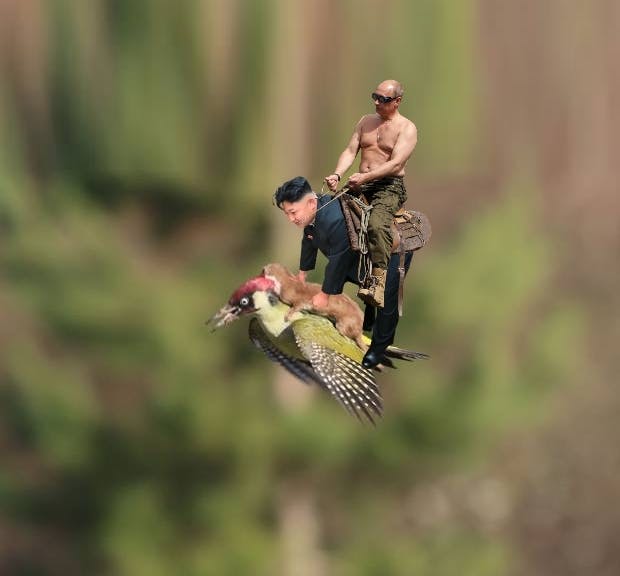 Kim riding himself in a horse race.

Here, he’s been ‘shopped into a Beyonce video. 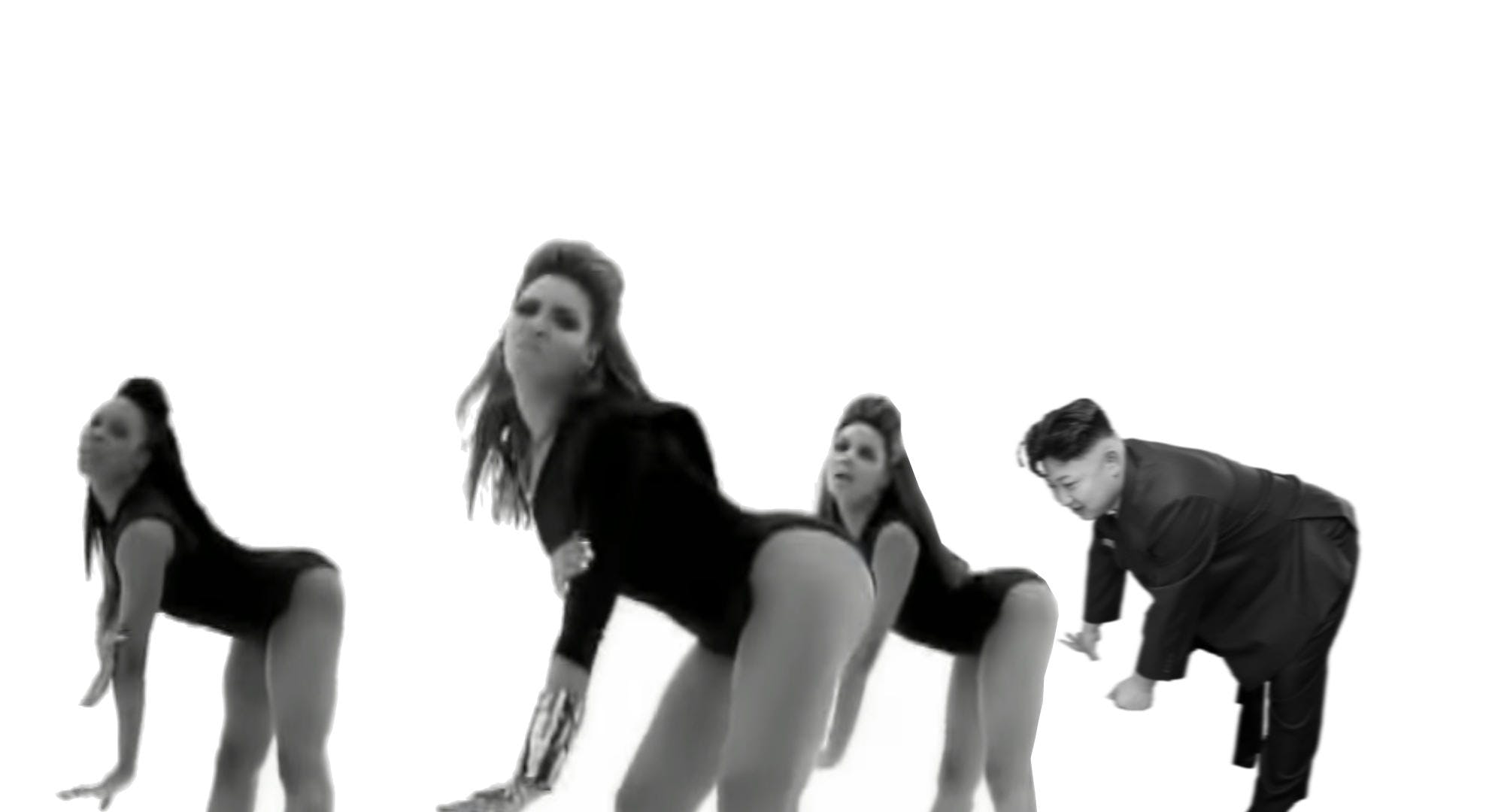