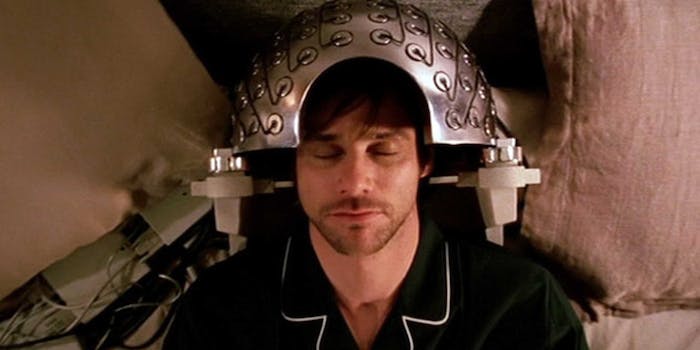 KillSwitch and the eternal sunshine of the spotless Web

KillSwitch, a new app, has the ability to unlike social status updates, delete wall comments, and untag photos.

Six years ago, I broke up with a jerk. The sob story leading up to that point is irrelevant now, but suffice it to say I was crushed and being confronted with his face whenever I signed into Facebook or MySpace didn’t help me get over him any faster. I yearned for some kind of button or switch to just turn this person off, but the conceit of those social networks seemed immune to my pain—whatever happened online stayed online, regardless of whether it had ceased to exist.

Though it took awhile, the founders of KillSwitch eventually challenged this notion that our digital lives should function less as an evolving snapshot than a fixed time capsule, especially when it comes to affairs of the heart. Their clever and free smartphone app will re-launch by the end of the week (pending Apple approval) and aims to help people get over breakups faster. For $0.99, KillSwitch will do everything I couldn’t: unlike status updates, delete wall comments, untag photos and sweep any casual mention of the ex under the carpet of one’s digital domain. It’s like Eternal Sunshine of the Spotless Mind, except for the social network.

For those wary of erasing their former flame, the iPhone version of the app will offer a “severity slide,” geared to show you how much to delete, says Clara de Soto, co-creator and co-founder of ClearHart Digital, the company behind KillSwitch. There’s also the option to cherrypick what you trash, whether it’s saving tagged photos or deleting every post from the past six months. “We’re going to make it so you don’t have to stay friends with your Facebook ex either,” she adds, a strong selling point given how awkward “staying friends” after the fact has become in the new millenium.

“Social media tends to reflect a big part of the human experience, but it ignores the fact that sometimes relationships end,” de Soto explains, noting how a “gap in the market,” where people wanted “a less permanent web” and were gravitating toward of-the-moment apps like SnapChat, inspired KillSwitch. “The way we interact in life doesn’t have a permanence, and it’s weird that our digital lives do. We saw KillSwitch as a tool for people to move on the way they can in their non-digital life.”

The mourning period following a breakup has been fetishized in pop culture to a sickening extent, partly for the way it symbolizes moving on, or just getting over the shock. The ritualistic burning of snapshots and nights spent in watching “Golden Girls” is more than a staple of romantic comedies, it’s the way we get by until we realize self-pity is boring.

But the digital equivalent—delete, delete, delete!—seems hardly as effective or final, given all the random ways our clutter can linger. When we hit that top right button, all we’re left with is the feeling that someone, somewhere has screen-grabbed the evidence, or worse still, that our ex saved it to a hard drive. Everything we share is inherently public, even if we don’t want it to be. And that mix of paranoia and reality—the Library of Congress is saving our tweets as you read this—doesn’t help us sleep better at night.

That’s why the idea of hitting fast-forward on breakup grief sounds so appealing. When we Facebook stalk our ex, it’s like we’re reliving the trauma over again because we’re confronting the source of the pain, says Dr. Paul Greene, a clinical psychologist based in New York. But with an app like KillSwitch, you get to move on without those distractions, behaving as if the breakup never occurred.