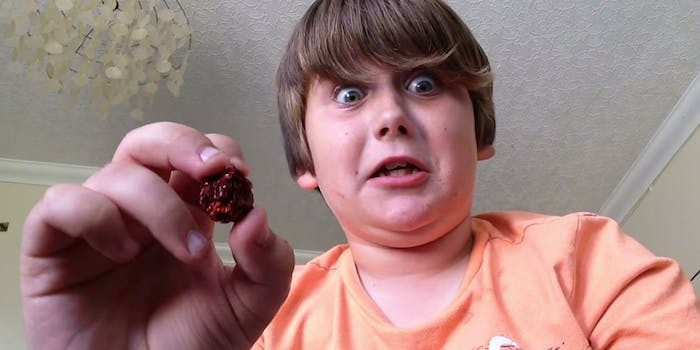 People testing their pain thresholds by eating ridiculously hot peppers is practically its own genre on YouTube, and now we have the most recent addition.

Young YouTuber Pikachu The Pokemon tells us he’s about to eat a whole Carolina Reaper pepper, which holds the Guinness World Record for hottest chili in the world. And, as he reminds us, he’s only 9 years old.

You can hear someone—he says it’s his grandfather in the comments—tell him, “Well, you’re not supposed to swallow it,” but it’s too late, and you can see the fear in his eyes.

It seems he’s recovered, though.