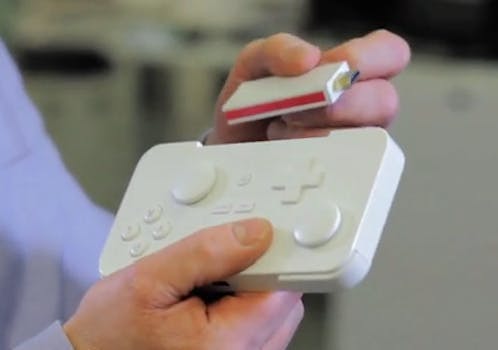 Three Kickstarter projects have run into copyright, trademark or patent issues in as many months, but the site continues to leave such disputes up to project creators themselves.

On Dec.10, GameStick, a new product that bills itself as the “most portable TV games console ever,” had its project page taken down from crowdfunding site Kickstarter due to an intellectual property dispute.

Backers of the project, which had already raised more than three times its projected goal when the incident occurred, received a notice from the crowdfunding platform alerting them of the pull.

“The law requires that we remove the project from public view until the process is complete or the dispute is resolved,” the company told supporters, according to Polygon. “If we are not able to re-post it within 30 days, we will cancel the project, all pledge authorizations will expire, and the project will be permanently unavailable.”

The issue was resolved that same day. The problem stemmed from PlayJam, makers of the GameStick, showing footage of a game in one of their promos without permission. The offending video was edited, and the page was back up.

Regardless of the quick resolution, this incident highlights what appears to be a growing problem for Kickstarter. This has been the third successful Kickstarter project since November 2012 that has been involved in a dispute concerning intellectual property, trademarks, or patents.

On Nov. 20, 3D Systems Corporation filed a federal lawsuit against Formlabs and Kickstarter, claiming that the former had infringed on one of its patents and that the latter had financially profited from the infringement. The suit pertained to Formlab’s FORM 1 3D printer, which raised close to $3 million and is currently listed as the most-funded technology project on the site.

The Daily Dot reached out to Kickstarter seeking comment when reporting the above mentioned news. The company declined to make a statement. As far as we can tell, litigation is currently pending.

Later that same month, Massimo Banzi, co-creator of the open-source single-board microcontroller Arduino, took to his blog to blast another company that he claimed was using the Arduino name on Kickstarter to raise funds for a knockoff product.

He also called out the crowdfunding site, who wrote back and told him that the dispute was “a matter that must be taken up directly with the project creator.”

Banzi was unsatisfied with this answer.

“[I]  don’t think Kickstarter can remove themselves from the picture, they are not a charity, they make money out of what they do,” he wrote. “They should protect their users by better vetting who wants to be funded and by making it easier to raise issues about individual kicstarters [sic].”

Do three of these very serious disputes make a trend? If so, it could be trouble for Kickstarter.

To be clear, the company’s own Terms of Service explicitly state that users are not permitted to submit content that “infringes any patent, trademark, trade secret, copyright, right of publicity, or other right of any other person or entity, or violates any law or contract.”

That rule places the onus on the project creator to ensure that their product is in the clear, and at least partially shields Kickstarter from any culpability.

But you would think that a company whose history is marred by a patent dispute of its own would have other safeguards in place to prevent incidents like these from occurring.

Kickstarter did not return the Daily Dot’s request for comment on this story.