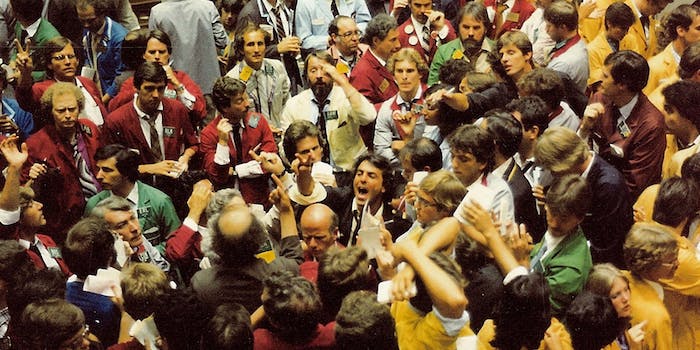 Forget about Kickstarter. There are other sites that can crowd-fund your next creative endeavor—so long as it fits into the right niche.

The newest is GigFunder, an artist touring platform that allows musicians to raise money so that they can schedule gigs outside of their hometown.

The site launched Monday and has already helped get San Francisco pop act onelinedrawing 34 percent of the way to Chicago, with nine other bands gassed up and ready to get out on the road. GigFunder’s commitment to funding one type of creative project is not unique, however.

Kickstarter’s approach to funding projects is growing more and more anything-goes with every Pebble watch and iPhone Elevation Dock campaign put up on the site. So it’s important to point out that there are a number of sites which allow backers to focus their attention on the types of projects they truly care about. Each helps to avoid the nasty confusion that surrounds, say, a gamer stumbling upon a filmmaker’s campaign.

Here are five Kickstarter alternatives putting in work to help those niche projects that need a centered set of eyes.

Purpose: GigFunder helps bands raise money to go on tour and allows fans to launch campaigns to bring bands to their town.

Value: “It reduces the risk for everyone,” site founder Matt Pearson wrote on GigFunder’s FAQ page. “If you need $4,000 to get from Chicago to Los Angeles and end up raising only $3,000, that $1,000 may be the difference between a successful show and hitchhiking home. Fans only want to pledge if they are actually going to get to see you.”

Purpose: A dinosaur in the crowdfunding platform, IndieGoGo launched the same year as Kickstarter with much of the same appeal: the site helped fund creative projects, lending a hand to anybody looking to finance an album, make a film, or save a magazine. In 2009, the site began catering to small businesses.

Value: The San Francisco-based company offers something that Kickstarter can’t: project creators may keep their money even if they can’t meet their intended goal.

Value: “We provide the chance to help businesses grow and compete with the big corporations that come in and run a lot of people out of business,” site founder Jonathan Moyal told the Daily Dot in January. “By giving people the chance to grow, [Lucky Ant] feels like a social website and it feels like a charity.”

Fees: Fees vary depending on project size. “There’s no straight answer because it varies depending on services needed, so we don’t publish anything,” Moyal wrote. The site takes zero commission if the project is not successfully funded.

Purpose: One look at the site’s Projects page will suggest that RocketHub is the closest crowdfunding platform the Internet has to Kickstarter in design and function. The site even employs a Partners filter akin to Kickstarter’s curated pages.

Value: RocketHub relies on a myriad of alternative tags (Freaky, Mouth-Watering, Inspirational) to help potential backers find a project they want to support.

Launches: Soon. The company plans to launch this month or next.

Fees: Since the site isn’t running yet, information about fees has not been made public. Offbeatr has yet to return a request for comment.