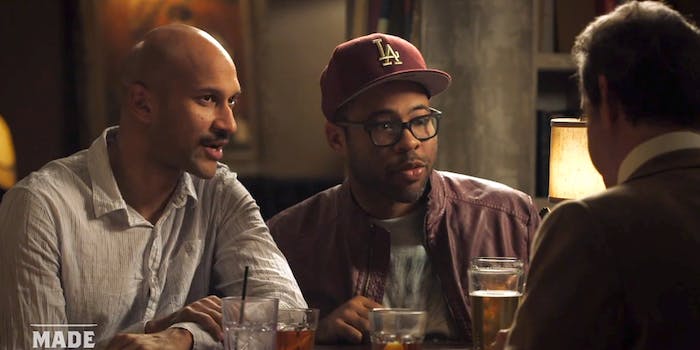 Yes, one of them is Obama.

Comedians Keegan-Michael Key and Jordan Peele are masters at impressions on Key & Peele—Peele’s spot-on Barack Obama is one of the show’s best recurring characters—but how does that measure up when they’re pressed for time?

The duo appeared on comedian Paul F. Tompkins’s web show Speakeasy, where Tompkins asks his guests to play Internet Games. The segment has given us Internet gems like Alison Brie’s best meme impressions and fairy tales as read by Mike Ehrmantraut.

Tompkins’ challenge to  Key and Peele? Beat the Guinness World Record for most impressions done in a minute: 31. With 60 seconds on the clock, they have to pull out 34 impressions between the two of them.

With the record at stake, Key and Peele are on top of their game as they brush off both frequently-used impressions and some stranger ones, like Forest Whitaker as Mr. T.

Forget what the clock says. The fact that this video exists means we’re all winners today.

H/T Digg | Photo via Made Man/YouTube