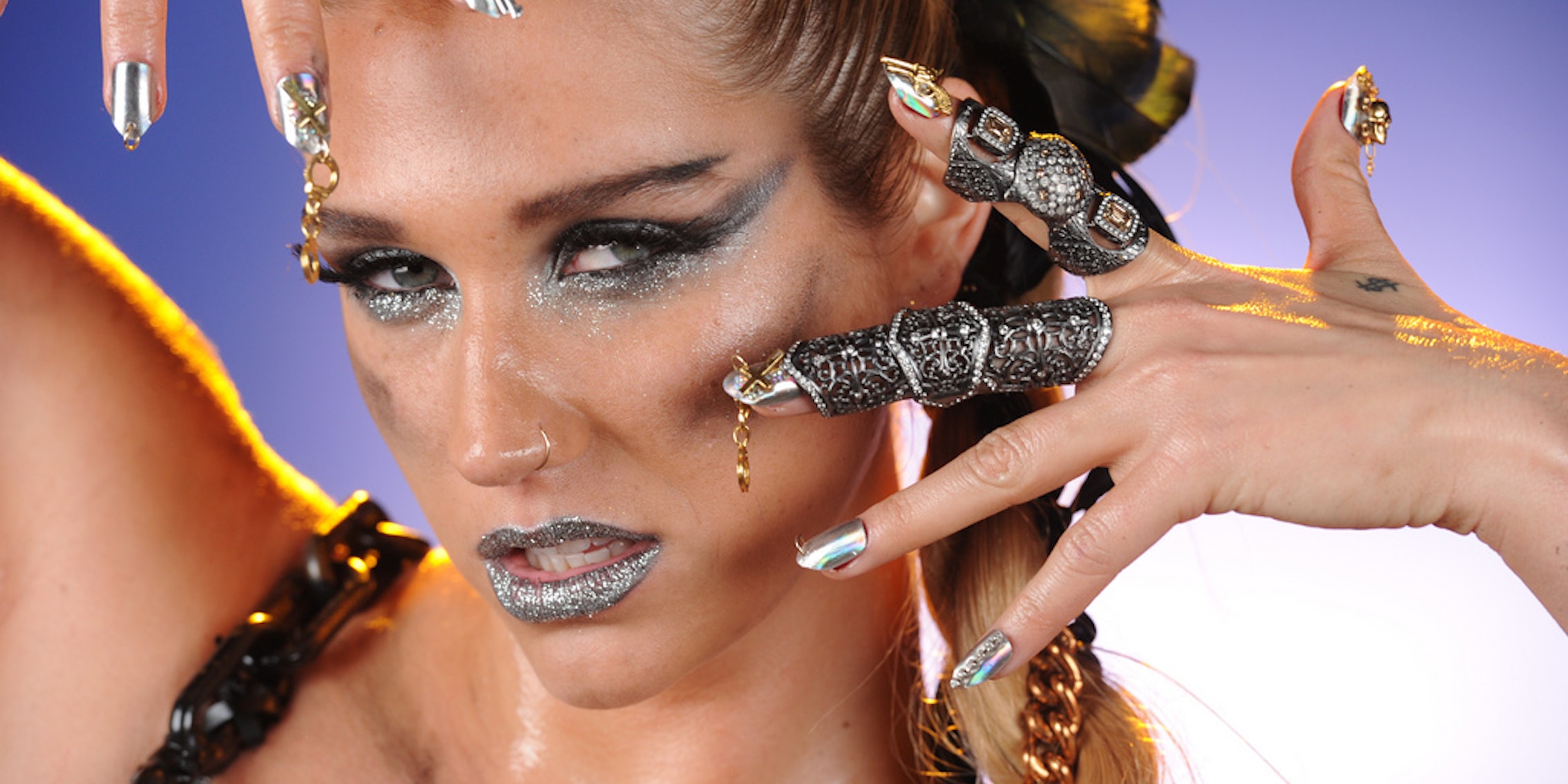 The singer is using her time in treatment as an opportunity to grow, reflect, and ask fans to send her human teeth for an art project.

Hey, did you guys know Ke$ha was in rehab? Yeah, neither did I. But she’s using her time in treatment as an opportunity to grow, reflect, and ask fans to send her human teeth for an art project.

According to the Houston Chronicle, the singer checked into the eating disorder treatment clinic Timberline Knolls earlier this month. Because she doesn’t have access to Twitter in rehab, a friend has periodically been sending out tweets to her fans, thanking them for their support while she’s in recovery:

she says “THANK YOU. SOOO MUCH. I’m overwhelmed to tears by all of the love, letters, and support!! I’ll be back soon and better than ever

ohhh and she can’t believe Timber is still number one! “Fck YEAH animals! PARTY ON!!!!”

Yesterday, Ke$ha’s friend thanked her followers for their well wishes, along with the following request:

Hey guys this is K’s friend again. She’s doing well and needs more of your teeth to make art with at the treatment center. She misses you :)

Surprisingly (well, they’re Ke$ha fans, so maybe not that surprisingly), most of her followers seemed totally nonplussed by the bizarre request:

@keshasuxx what do I address it to if I want to write a letter?

While this is not the first time Ke$ha has solicited materials for her tooth art (back in 2011, she asked fans to contribute teeth to a necklace she was making), this time it seems there might be a kink in her plans: TMZ reports that the rehab center will not “accept human remains” from fans, because “there is always a risk that it could be of biohazardous material.” Killjoys.