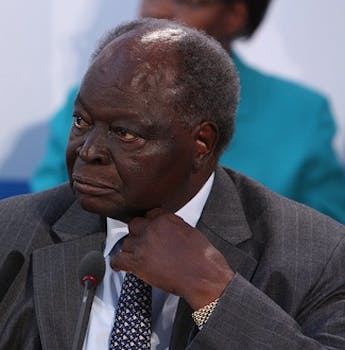 With a political history fraught with ethnic violence, Kenya is monitoring social media for signs of trouble ahead of March's presidential election.

With violent clashes from the 2007 presidential election in mind, Twitter and Facebook are being monitored in Kenya ahead of elections next month to keep abreast of warning signs.

Kagonya Awori heads up Umati, a team keeping a watchful eye for dangerous speech for Nairobi-based iHub Research, which carries out tech research focused on Africa.

Her team of six tracks hate speech, potentially inflammatory messages on Facebook, Twitter and blogs, looking for any hints of tensions between tribes, Reuters reports.

President Mwai Kibaki was re-elected in late 2007, and his disputed victory led to violence. More than 1,200 people died in the ensuing brutality, while more than 300,000 were reportedly displaced. Meanwhile, more than 110 people were killed between August and September on Kenya’s coastline in tribal violence as elections drew closer.

With the volume of “dangerous speech” on the rise, according to Awori, there may be reason to worry.

“There are outright calls to kill, forcefully evict and steal as well as discriminate against members of particular communities,” Awori told Reuters, noting that many of those who are making such comments are not hiding behind a pseudonym.

Indeed, most of the hate speech Awori’s team has unearthed is on Facebook, with the people in question often revealing their locations in addition to their names.

Some Kenyans attack members of other tribes on their blogs, using names such as “maggots” and “vultures,” while others call to beat, kill, and riot against other tribes.

While Kenyan media outlets are banned from reprinting hateful messages, everyday Kenyans share inflammatory thoughts online with authorities largely unable to stop them. It’s not just ordinary Kenyans who are stoking the flames either: A junior member of parliament was arrested for inciting violence in a YouTube video.

The Kenyan government has recruited bloggers to keep tabs on inflammatory content, and brought in Awori’s team and the country’s National Human Rights Commission for assistance two weeks ago.

Mary Ombara, secretary of Kenya’s media monitoring body, gets daily reports on hate speech. She said that some Kenyans are encouraging others to repeat the violence of 2007.

Meanwhile, an agency created to reconcile tribes after the previous violence told Reuters it was helping police in pinpointing hate speech and threats, with social networks a particular focus. Police said they will charge those who they find “using abusive language on social media.”

Last week, police revealed plans to expand the force from 70,000 to 90,000 members to protect candidates and reinforce areas at high risk of trouble.

Reuters notes that the main candidates for the upcoming election constitute a “largely ethnic-based contest for political power.” Deputy Prime Minister Uhuru Kenyatta is running with ex-cabinet minister William Ruto, and both face trial at the International Criminal Court for their alleged part in the violence stemming from the previous election.

Photo of Mwai Kibaki by Foreign and Commonwealth Office/Flickr