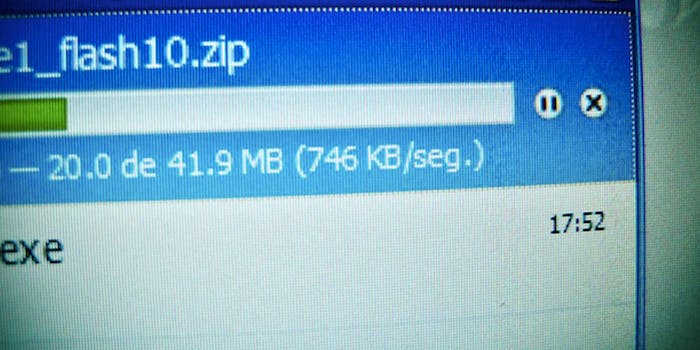 Let’s take a trip deep down into the mislabeled and misguided world of KaZaA, the P2P site of years gone by that made you aware of that stupid “Gin and Juice” cover while also turning more computers into bricks than a mason would need to construct a chimney.

KaZaA existed in the renegade era of the Internet, when music piracy was only just emerging and everyone had an unironic LiveJournal account. It was a different time, to be sure, and people apparently miss that shit, because the Your KaZaa Library Twitter account is being hailed as the best digital throwback in a long, long time.

The brilliant curators of this account (they’re saying they’ve unearthed these gloriously fabricated files so whatever, let’s roll with it), @magicdad and @lucciinthesky, even feel your pain when it comes to the newest iterations of Twitter just rolling down the line of Lucky Charms shapes until it hits red balloons. They tweeted a Twitter.exe advertising the old version—with stars instead of hearts—and it almost sounds worth the risk of incessant pop-ups and evenings spent downloading the wrong file.

Sadly, @KazaASongs hasn’t been updated in over a week, leading fans to believe it’s on some type of hiatus to mourn the loss of Rdio, which was started by KaZaZ’s former head honchos.

But if the reemergence of @Skeletontunes has taught us anything, it’s to never say die. Come-back-KaZaASongs.avi.