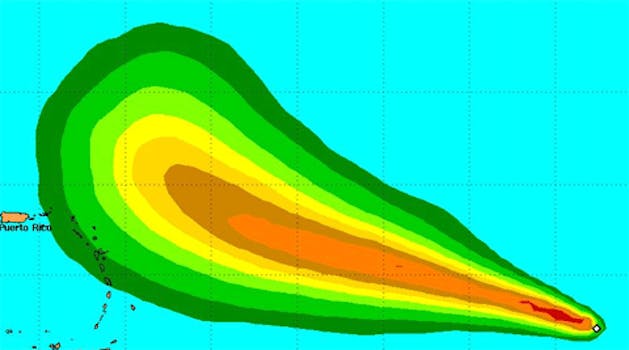 Katia is coming: Are you nervous?

Tropical Storm Katia has its sights on the United States and is gaining strength in the Atlantic Ocean. After last weekend and the turmoil of Hurricane Irene, are you nervous about Katia's path?

A new tropical storm has formed in the Atlantic Ocean and thousands on Twitter are already fearing the worst.

The circular mass in the Atlantic has been dubbed Tropical Storm Katia and is gaining strength, according to the National Hurricane Center.

The storm is expected to become a hurricane late Wednesday afternoon.

Katia has maximum sustained winds of 45 mph and is moving northwest, according to the Hurricane Center.

With millions of people still missing power across the eastern U.S. as a result of Hurricane Irene, news of another storm has people spooked.

On Twitter the phrase “Tropical Storm Katia” and “Katia” are top trending topics. They have been mentioned more than 33,000 times in the last 24 hours, according to statistics from Tpsy, a social media search engine.