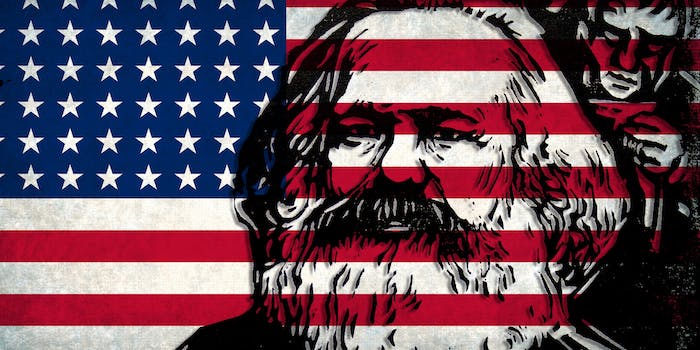 It's a delicious blend of capitalism and irony.

Socialism is undoubtedly one of the most misunderstood terms in United States politics, so it’s come as a shock to many Americans that Bernie Sanders has become a leading presidential candidate despite being a self-proclaimed “Democratic Socialist.”

What’s even more of shock is that Sanders is about to get a little help from two unlikely bedfellows: Carly Fiorina and Karl Marx.

It seems way back in 2007 a man named Peter Hogness, a labor activist and a former high school classmate of Fiorina’s, showed up at one of her book signings, but instead of having Fiorina sign a copy of Tough Choices, the book she was promoting, he had her sign Capital Volume I, by revolutionary socialist Karl Marx. 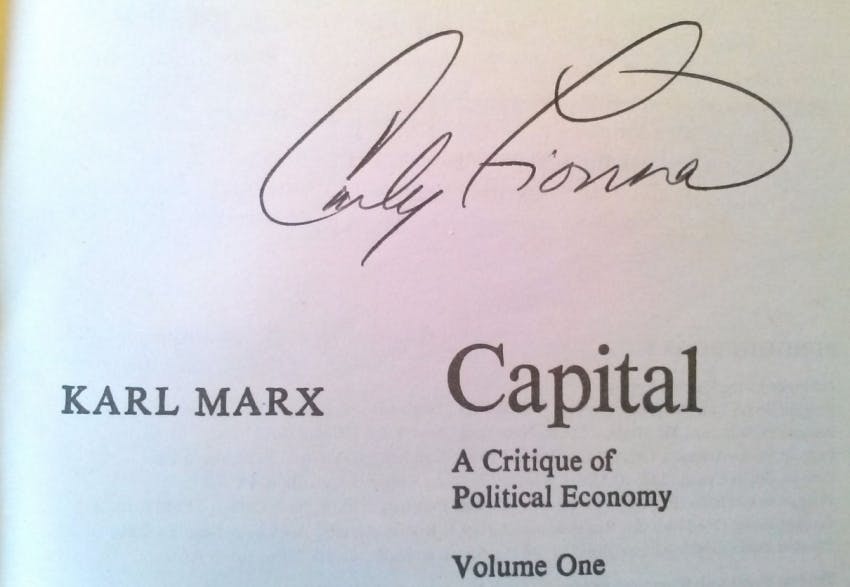 According to Hogness, Fiorina was nice about it, and even said ““Oh, I’ve read this!” before signing the book.

Fiorina might have been less thrilled had she known that, nine years later, Hogness would turn around and sell the book on eBay, and vow to give all the proceeds to Sanders. Even if she’s out of the race, you have to believe that a woman who once said “socialism starts when government creates a problem, and then government steps in to solve the problem,” isn’t going to be too happy about helping out a guy who identifies as a socialist.

Still, in a country that sometimes seems like it’s being torn apart by partisan politics, you kinda have to love a Republican helping out a Democrat by signing a book written by a socialist. If nothing else, it’s a perfect example of capitalism in action.