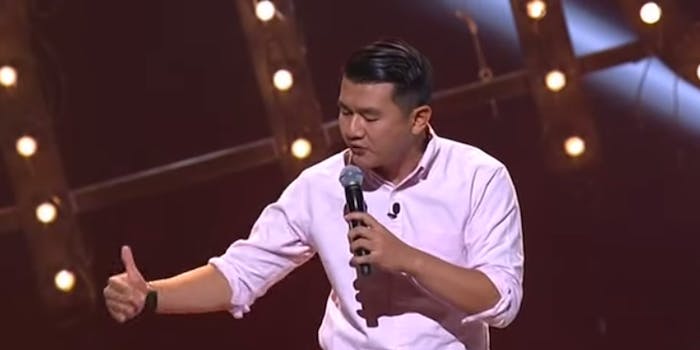 This comedian breaks down how Kanye West ruined his love life

“Have you gotten in trouble with your girl over something Kanye West said in a song once?” Comedian Ronny Chieng asked the crowd at the Melbourne Comedy Festival Gala this month in Melbourne, Australia. “Has it ever happened to you? Because it happened to me.”

Chieng’s bit about how West’s lyrics contributed to the destruction of his relationship shows that the influence of Yeezus stops at no international boundary. And neither does Chieng: the Chinese comic was born in Malaysia but grew up in the U.S. and Singapore, and now lives in Australia.

Chieng’s description of West’s “Bound 2” music video is both succinct and brilliant: “It has Kim Kardashian in it, she’s on a motorcycle. It’s really tacky. On purpose. Because he’s a genius.”