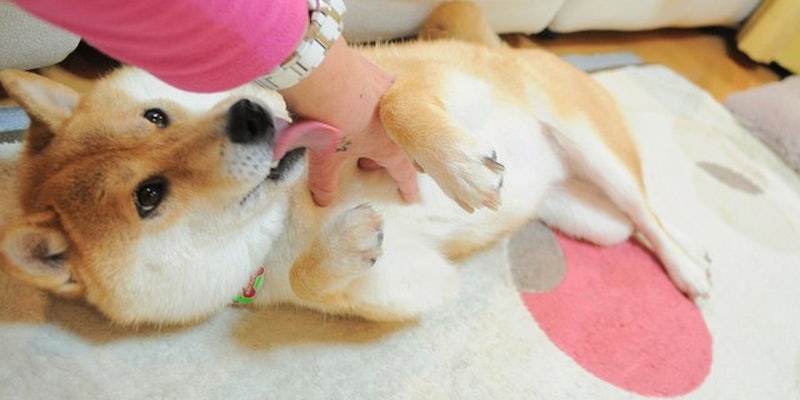 The heartwarming story of the Shiba Inu who became doge

Doge's real name is Kabosu, and the Verge got her story.

If the GOP’s co-opting of “doge” killed the loved-if-short-lived meme, a story published today by The Verge may yet resurrect it.

In what will probably be the definitive story of doge, Kyle Chayka of The Verge tracked down the dog behind the meme.

Doge exploded into popularity in summer of 2013 as a wry-looking Shiba Inu became the quintessential face of the meme. Most iterations surround the dog with a colorful a word cloud of nonsensical thoughts in comic sans — “much this,” “so that,” and “wow.” Variations involve Photoshopping doge’s face onto Twinkies, hot dogs and Nicolas Cage’s body. Doge seemed to spark universal appreciation as a thing immaculately conceived by the Internet. It graces the face of its own currency, Dogecoin, like a fuzzy Thomas Jefferson.

But to a middle-aged Japanese kindergarten teacher and her family, doge is just a dog. Her name is Kabosu.

Atsuko Sato, who lives a pretty ordinary life with her husband and two sons, told The Verge she adopted 8-year-old Kabosu from a shelter in 2008 after 19 of the purebred Shibes (in the parlance of doge) were rescued from a puppy mill. Kabosu, named for a circular Japanese fruit reminiscent of the dog’s round face, was one of the lucky few who found new homes before being euthanized.

Sato started a blog and posted pictures of Kabosu to warn others about the dangers of puppy mills and to promote pet adoptions. She also wrote about her family and home life. Then Sato started noticing pictures—lots of pictures—of her dog springing up across the Internet as Kabosu’s image became synonymous with doge.

She found it all to be a little unsettling, and while she still doesn’t quite get the joke, she’s happy Kabosu’s popularity may be a platform to support animal shelters and pet adoption.

Read more about the dog behind doge at The Verge.