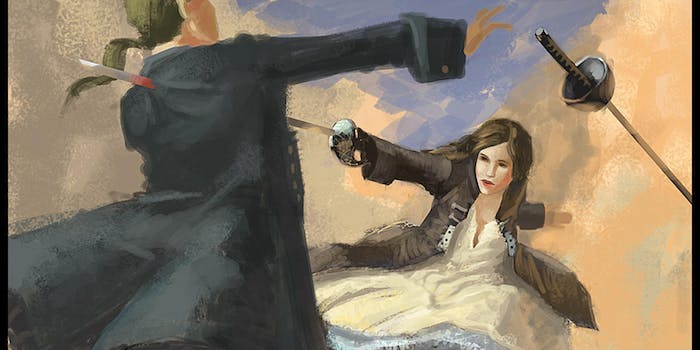 She's the hottest renegade outlaw-turned-nun-debaucher-turned opera star you never knew you loved. The Internet is poised to make Julie D'Aubigny a star. Again.

She’s the hottest renegade outlaw-turned-nun-debaucher-turned opera star you never knew you loved. But luckily for you, the Internet is poised to make Julie D’Aubigny a star. Again.

Known as “La Maupin” in 17th-century Paris (after her token husband), D’Aubigny has been described as “a genuine holy terror in the France of Louis XIV.”  She was the cross-dressing queer daughter of a master swordsman who trained her to be an expert in her craft. She killed or maimed at least ten men, and was so badass that she would often sing while she was swordfighting. 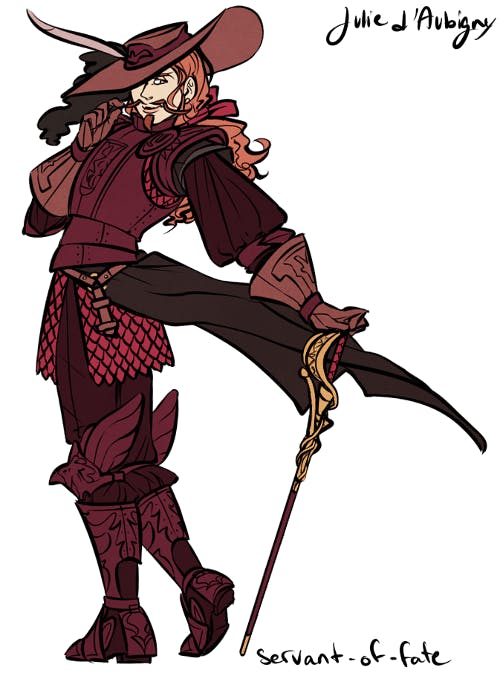 Julie D’Aubigny literally gave no fucks: she once stabbed a guy through the shoulderblade, then went to his house the next day and seduced him. She also made love to women in broad daylight, often while attending court balls dressed as a man. No one knew what the hell to do with her, least of all her husband. When she and her latest lover eloped, then wound up broke and stranded in Marseilles—and who hasn’t?—D’Aubigny supported them both by giving nightly swordfight demonstrations in the local bar. 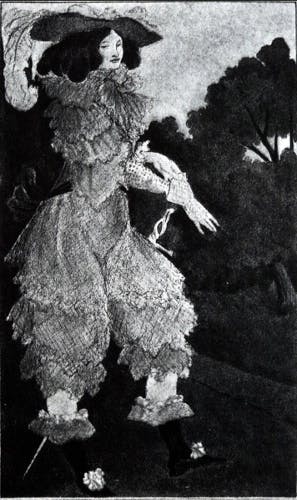 Illustration of La Maupin by Aubrey Beardsley, 1897, Photo via Wikipaintings.org

Eventually the people of France decided that if they didn’t do something she’d leave all their best noblemen leaving on the streets from sword wounds–which actually happened–so they made her an opera star.  As “La Maupin,” D’Aubigny was a famed contralto. She had no musical training at all, but memorized parts quickly and flawlessly. Even as an opera singer she continued her string of brouhahas, manly duels while in disguise, and courtships. One website lists her as a possible sociopath. After her latest girlfriend was sent to a nunnery, D’Aubigny pretended to take vows in order to sneak in, then put the dead body of another nun in her bed, broke her out, and set fire to the whole joint. When the French Parliament tried to sentence her for this—to death by fire, no less—they addressed her as “Monsieur.”

Although D’Aubigny’s gender identification was up for question, one thing is clear: this bisexual sword-wielding genderqueer coquette who seduced her way across France and into the history books has long been denied her place in the annals of pop culture renown. 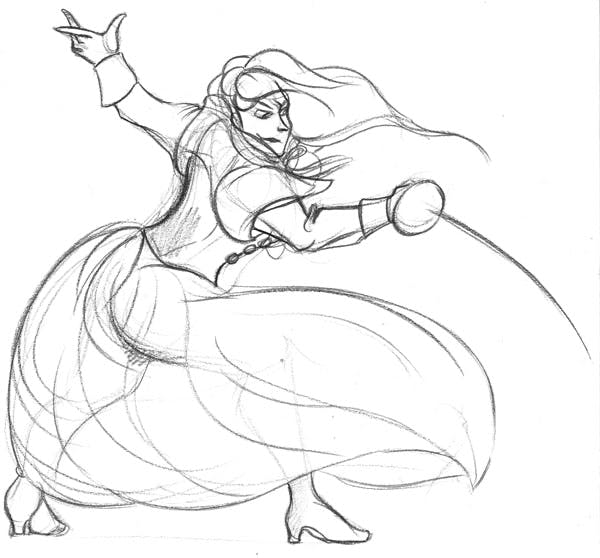 You’d think it would have taken the Internet less time to discover the antics of a cross-dressing fake-nun swordfighting operatic renegade. But despite several films and novelizations of her life, for the most part, outside of a few historical enthusiasts, there’s been very little buzz about D’Aubigny. Even her Facebook fan page only has a scrawny 33 likes. 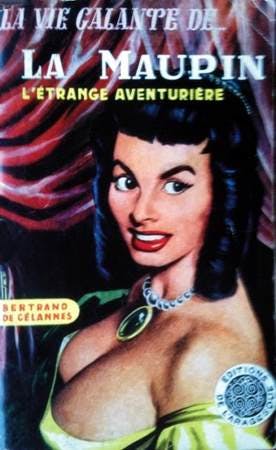 But recently, in the way that the Internet has of breeding something in the cyberwater,  D’Aubigny seems to be suddenly popping up everywhere, from Pinterest to Tumblr.

D’Aubigny got some traction on the Internet when she appeared on the engaging website Badass of the Week last year. That slight bit of attention was enough to slowly start putting her on the radar again, until suddenly, over the last month, D’Aubigny has popped up everywhere. On history blogs. On Pinterest. On Democratic Underground. On MetaFilter. On Twitter.

The origin point of this recent upsurge in attention may be this Tumblr post, which takes Badass of the Week as its source. With over 35,000 notes in 3 weeks, it’s perhaps responsible for the recent spate of turned heads over Madame De Maupin.

But it doesn’t quite explain the apparent spontaneous generation of recent fanart devoted to D’Aubigny, including various sketches, a skateboard project and a widely viewed GIF by Tumblr celebrity artist Gingerhaze: 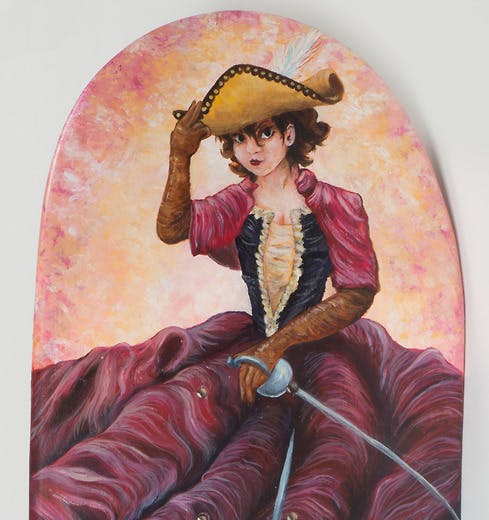 Kelly Gardiner, who’s writing a new novelization based on D’Aubigny’s life, has a Tumblr and a Pinterest board devoted to sharing period research, D’Aubigny fanart, and thoughts on the life of the great Maupin. About the difficult work of capturing the often romanticized swashbuckler’s life on paper, she writes:

This is how I want it to be:

– A riff on celebrity, on gender, on queer, on redemption

– A picaresque, a song, an elegy, an aria

– Theatre on the page. Or possibly cinema.

– A rakish hat, a swirling cloak, a flashing blade.

Most of all, I want people to know about the real Mademoiselle de Maupin, even if she is viewed through lenses of my making.

If the sudden onslaught of D’Aubigny on the Internet is any indication, Gardiner may have more of an eager public than she anticipated. Will D’Aubigny become a second Journey in 2013, gaining a renewed social significance through new cultural memes? Already a two-week-old Tumblr fancasting of Natalie Dormer—herself a mezzo-soprano— as D’Aubigny has over ten thousand notes. (The images are from the Dormer film Casanova.)

So far we’ve found no cosplay, and recent talk on Tumblr of hosting a Julie D’Aubigny fanwork festival seems to have fizzled out, but but we expect fandom to remedy both of these things very soon.

Perhaps the best part of the resurgence of interest in La Maupin is that unlike “Don’t Stop Believing,” she didn’t need a brand-new cultural context like The Sopranos or Glee to capture the interest of an entire new generation of fans.

Just as in 17th-century Paris, all she needed was her sword and herself.