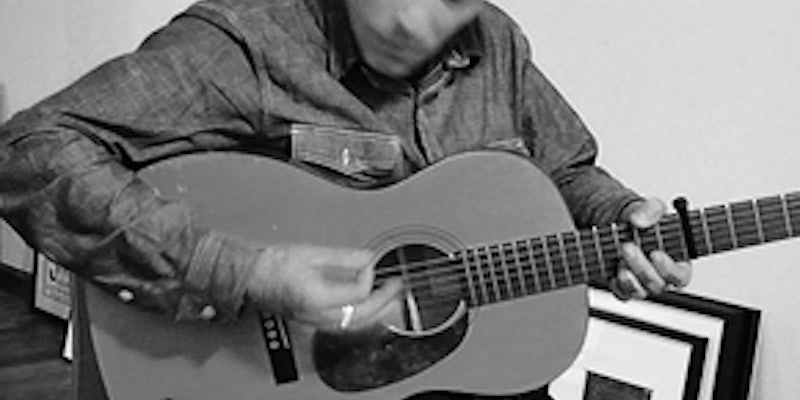 He builds tour buses, plays in a band, and shoots photos of rock stars using the elaborate—and cool-looking—tintype process.

Rapper 50 Cent, singer Christina Aguilera, and the Dave Matthews Band are some of the clients Joshua Black Wilkins built tour buses for during the early 1990s. He also built a $1.6 million behemoth for a Hormel family member, founders of the food company of the same name, which featured a carpeted escape hatch in the back.

“I figured out exactly how many secret compartments you can have in a tour bus,” Wilkins told the Daily Dot during a visit in Nashville on a road trip to South By Southwest with artist duo Mr. GIF. “It’s quite a few.”

Now instead of swinging a hammer for the rich and famous, he’s taking their photographs.

Over the past eight years, Wilkins, 34, has been one of the most sought-after music photographers in the country, capturing portraits of rock legends like ZZ Top’s Billy Gibbons and up-and-coming country stars like Tyler Bryant & the Shakedown. Wilkins is also the Black Keys’ photographer of choice. To date, he’s shot the Grammy Award-winning duo about 10 different times.

But what really separates Wilkins from all the rest is his use of tintype photography, a 158-year-old artform. The delicate process involves a silver-based emulsion which is used to coat metal plates where the image will appear using a 4X5 box camera. From start to finish, it takes Wilkins about two days to produce a tintype photograph. 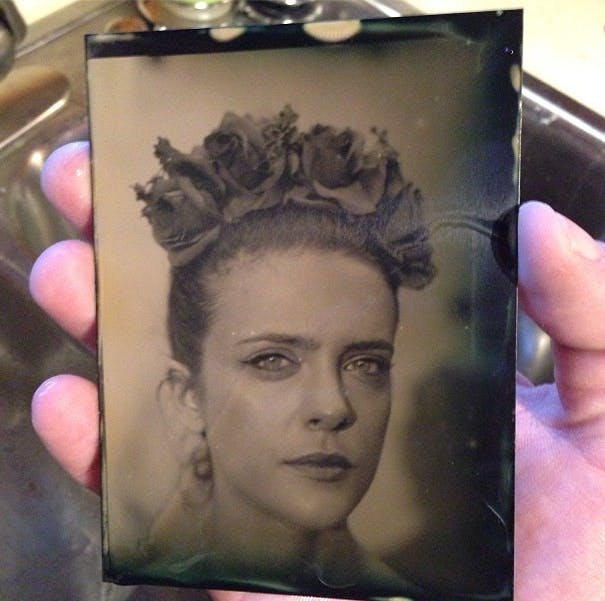 “I wanted to do something that separated myself from everybody else who just bought a digital camera,” Wilkins said. “Everything mixed by hand and poured by hand. There’s so many variables.”

When Wilkins is not photographing rock stars, he’s a folk singer touring the country. He’s released five albums to date. During our visit, Wilkins played “Western” off his latest album “Fair Weather.”

“Last summer I was really, really busy shooting bands and hadn’t been sleeping at all, waking up in the middle of the night,” Wilkins said. “The original True Grit was on TV one night. Cause of the huge lack of sleep for months, I started pulling from all the television and movies. There’s this fantasized idea of going out west which you see in the movies. There was more research in that one song than any I had written in 20 years.”

As Wilkins gears up for a tour this spring, he hopes to check off stars like Tom Waits, Eddie Vedder, and Bruce Springsteen from his to-photograph list. His most sought after subject, President Barack Obama, may be the toughest to land of all.

“I think he’s one of the most important public figures of the last 100 years,” Wilkins said. “He’s the best representative of this country we’ve ever had. I like making honest photographs and I like shooting honest people.”