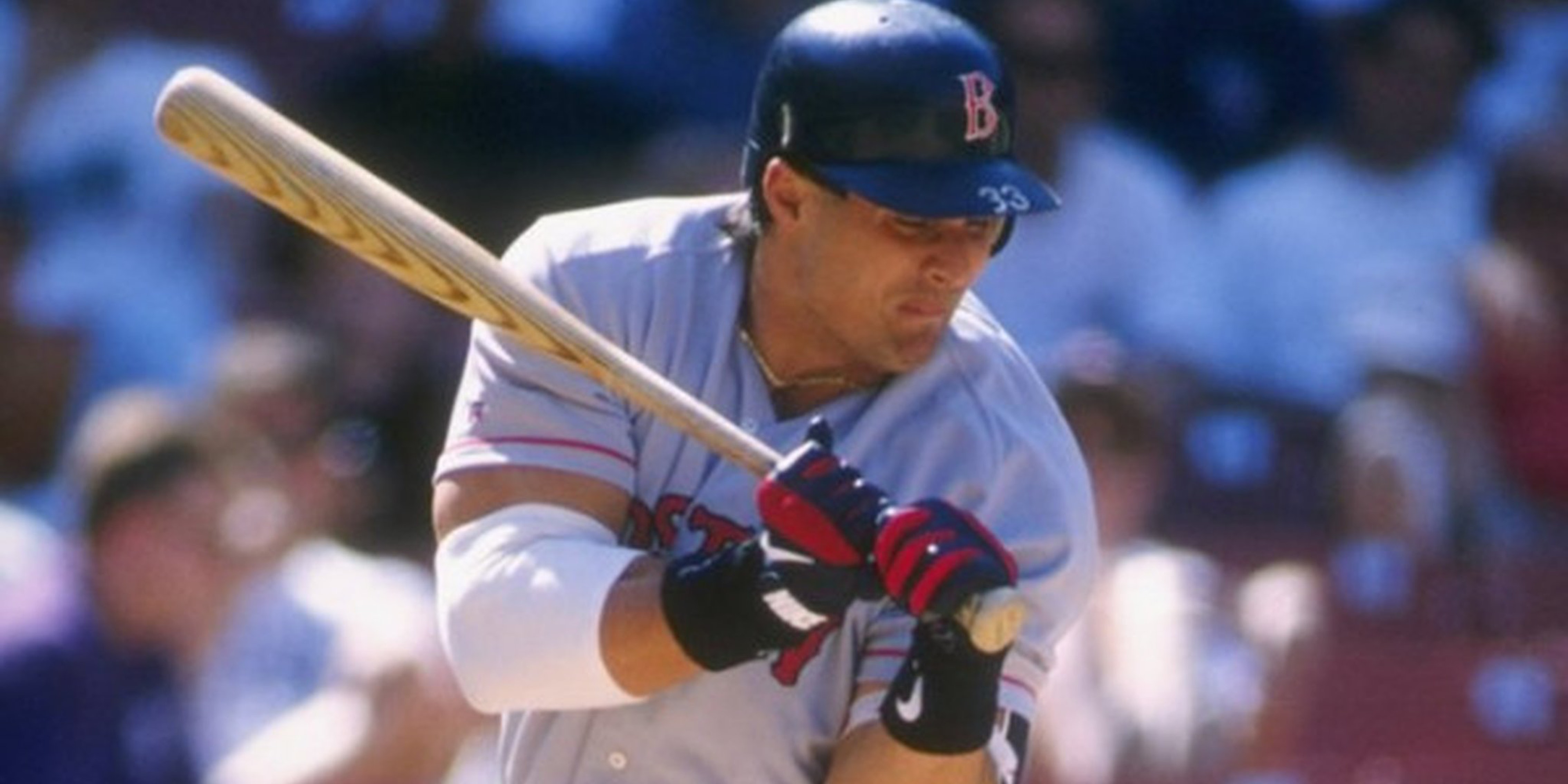 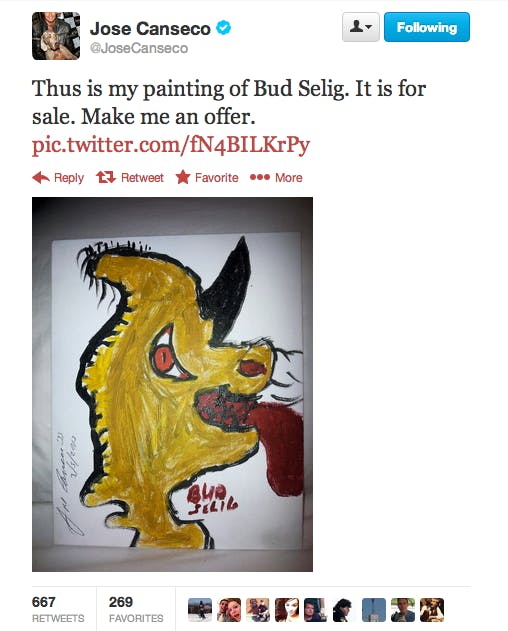 Oh, you wanted a close-up? 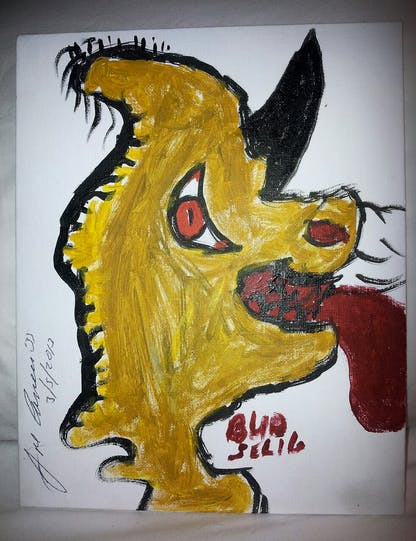 That’s right. That’s a North America–shaped dragon stacked with a black-bone horn and moon-crescent eyes who’s either sticking his tongue straight through sharp-as-nails teeth or projectile-vomiting a sockful of blood.

It’s also Selig, ruler of the professional baseball world and public enemy No. 1 in la casa de Canseco. As this interview with Vice points out, the former Bash Brother—reviled more than any other former ballplayer for his use of steroids—has never been too much of a fan of the man.

One fella, Los Angeles marketing man Scott Perry, seems to be the leader in the auction. He offered $200 for the piece before upping his ante to a cool $250.

Jose, that’s a steal of a deal. Take it, brother! Take it!