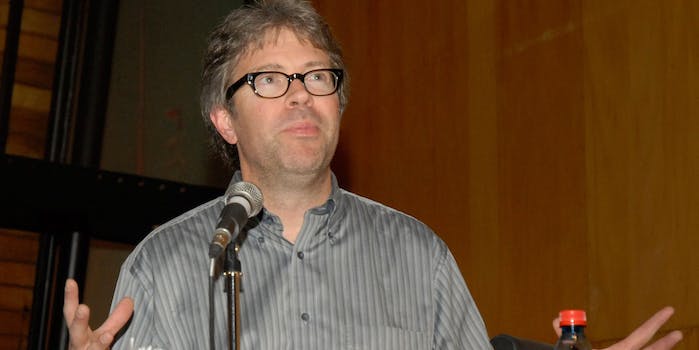 Jonathan Franzen has spoken about his disdain for technology and the internet on many occasions. The author of several novels, including The Corrections and Freedom, once called Twitter “unspeakably irritating” and “everything I oppose.” He also criticized the “yakkers and tweeters and braggers” of the literary world. Because of these comments, as well as his awkward descriptions of sex scenes involving women, his intense love of birds, and several other reasons—mostly involving the author taking himself way too seriously—Franzen has become a punchline. Whenever he writes an essay or gives an interview, you can guarantee an immediate reaction on the internet. Franzen’s  “10 Rules for Novelists,” which was republished by the website Literary Hub on Thursday, is no exception.

After the article went up, Literary Twitter jumped on it. Some people wrote their own “10 Rules”—both earnest suggestions and jokes.

Whatever you think of Franzen, this list contains some great advice for novelists pic.twitter.com/FyBTONgiUG

Literary Hub also didn’t seem too happy about this rule.

"It’s doubtful that anyone with an Internet connection at his workplace is writing good fiction."

Jonathan Franzen, you're breaking our hearts.https://t.co/05Z2XbJyX7

No. 10, “You have to love before you can be relentless,” is the kind of earnest saying you’d see stitched on a pillow. So, of course, it was also ripe for mocking.

Franzen’s piece garnered so much attention that Literary Hub published a follow-up piece on Friday. As the website notes, Franzen’s “10 Rules for Novelists” was originally published eight years ago on the Guardian. Literary Hub, which features interviews, essays, and lists about books and writing, was merely republishing it. But in 2010, Twitter did not look like it does today, and Franzen was held in higher esteem. In 2018, the author’s advice—especially about having an internet connection at work—comes off as outdated and entitled. Many writers need an internet connection to do work that earns them a living. Of course, there’s a chance that Franzen also thinks that some of his “rules” are outdated. But he can’t respond to any of the criticism directly because he refuses to be on Twitter.