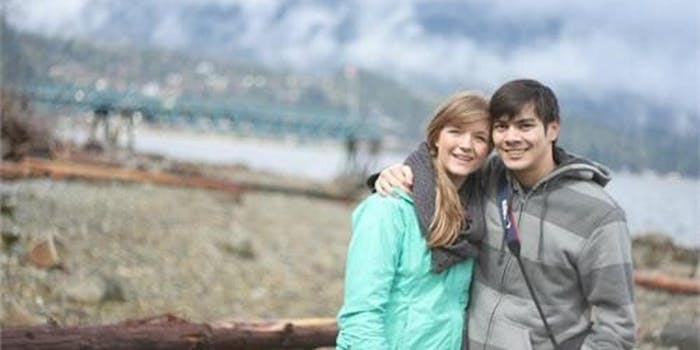 Though Jon Meis asked for privacy, the Internet couldn't help but pay him back for his heroism.

Many students and community members have expressed their gratitude for Meis’ bravery and selflessness, although the student himself has been avoiding the spotlight and his family has asked that his privacy be respected at this time.

That hasn’t stopped the thankful from trying to show their appreciation. A producer for ESPN Seattle decided to start a crowdfunding campaign for Meis’ honeymoon (he’s supposed to be getting married on June 21). The goal was $5,000, but that’s been far surpassed: The current total stands at more than $40,000. I think that’ll cover it.

That isn’t the only gift the couple’s received. Their entire wedding registry has been completely filled and then some, after a link to the site was posted on Reddit.

Meis didn’t ask for any of this—in fact, he asked for the exact opposite. But the Internet simply can’t help but applaud the courage of a young man armed with nothing but pepper spray.

Still, it’s important to remember that Meis also experienced a tragedy. I personally struggle to think of things more frightening than what he went through and did, and if he’s asking for time to process that, then everyone should respect that. Rewarding Meis is deserved, but hopefully some of the unstopping media attention he’s being subjected to will ease.

UPDATE: Jon Meis has responded to the media’s interest and community support, saying that though he is grateful, he requests “that any future donations be given to the victims through Seattle Pacific University.”

You can read his statement here.