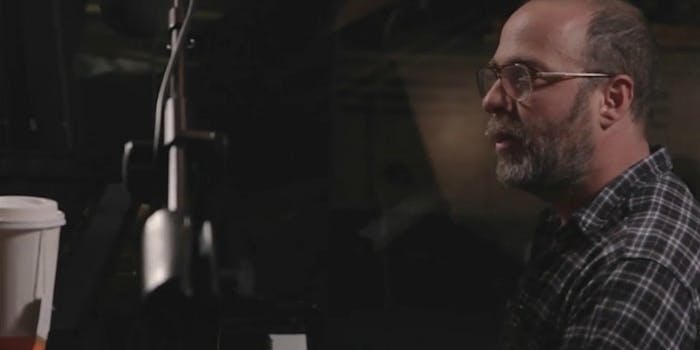 'I do not play piano and I made this jazz album.'

H. Jon Benjamin is an actor, writer, comedian, and aspiring jazz musician who made an intentionally bad album that he wants you to buy.

This Friday, according to the A.V. Club, the star of Bob’s Burgers and Archer will release an album titled Well, I Should Have… with Benjamin, who describes himself as a “jazz daredevil,” playing lead piano and singing.

The twist is that Benjamin admits he doesn’t exactly know how to play the piano and says he isn’t a fan of this particular music genre.

As Benjamin says, “Jazz is the ocean… I am just one wave forming one curl, crashing once onto some remote beach somewhere in time. And that wave makes a small imperceptible change in the slope of the sand, upon which at some point in time a baby turtle will walk across, leaving his trail for just an instant, before the tide washes it clean. That’s a pretty cool analogy. More to the point, I do not play piano, and I made this jazz album.”

If after hearing that, you’re still inclined to buy his music, you can do so on Sub Pop’s online store. Take warning, though. As Benjamin said in the above video when discussing the idea of making an album, “I don’t think it’s the best idea in the world.” But should you like your jazz to be bad and/or funny, this might be the next great album in your collection.