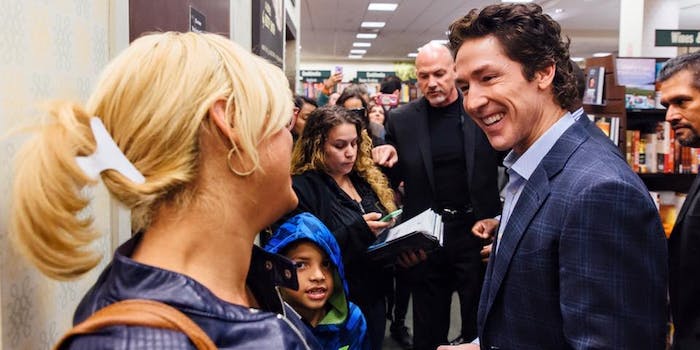 Megachurch pastor Joel Osteen achieved a net worth of $40 million by convincing impressionable Christians to send him money—or risk missing out on God’s bountiful blessings. An advocate of prosperity gospel, Olsteen preaches that if you’re having trouble, you can pay him $20 (or $30 or $40 or $5o), and he will pray that God helps/cures/protects you.

Here are some of the most “helpful” responses from Joel Oldsteen:

Who knows more about maritime pastimes than Mr. Yacht Man himself, Joel Oldsteen? Oldsteen explains that Osteen quotes are words to live by precisely because he has the shiny captain’s hat that’s free when you buy luxury items in cash. 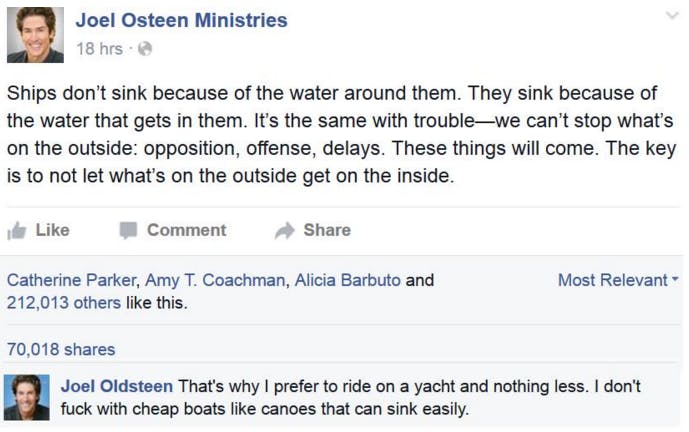 Oldsteen adds a layer of complexity to Olsteen’s quote—because sometimes you turn to the wrong people for advice; sometimes you try to give money to God and it ends up in the wrong greasy hands; sometimes that man’s name rhymes with Yoel Oldsteen. 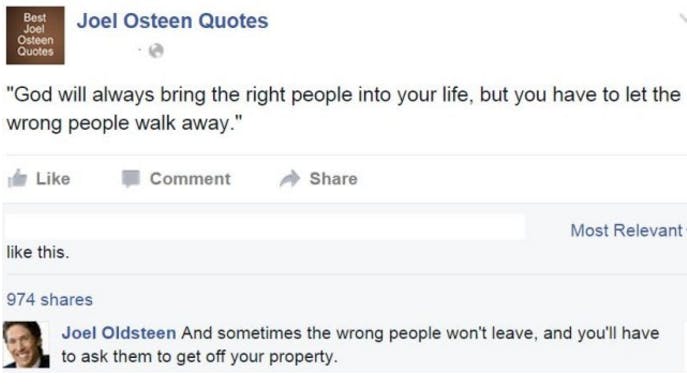 Channelling his inner televangelist, Joel Oldsteen clarifies that prayers don’t mean shit if they aren’t attached to a fat check. Everyone knows that if you want God to be generous, you have to slip him a bribe. 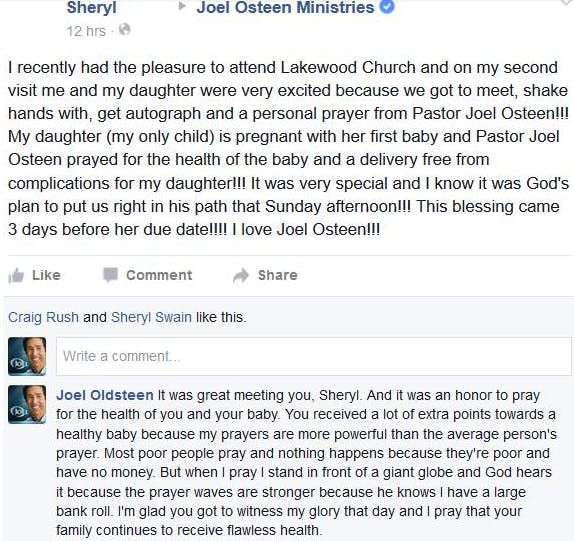 Oldsteen understands the mystical powers of Joel Osteen. This is a man so divinely favored that he has God’s hotline bling on speed-dial. Measly peasant prayers mean nothing when you can get a customized “super prayer” from the rich guy with his own TV show. 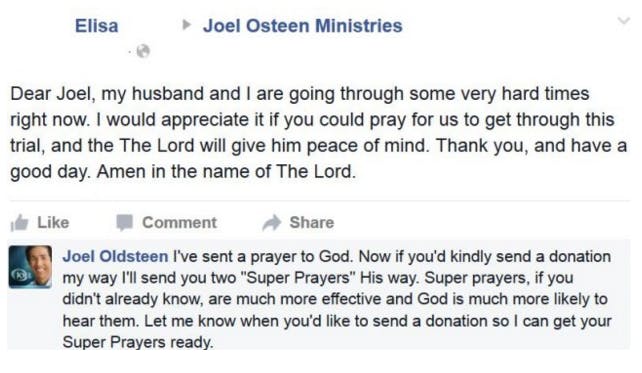 And, in epic troll fashion, Joel Oldsteen reminds Facebook that the true scammer is the multi-millionaire happily taking money from the sick and downtrodden to fund his $10.5 million Texas estate all in the name of Jesus. 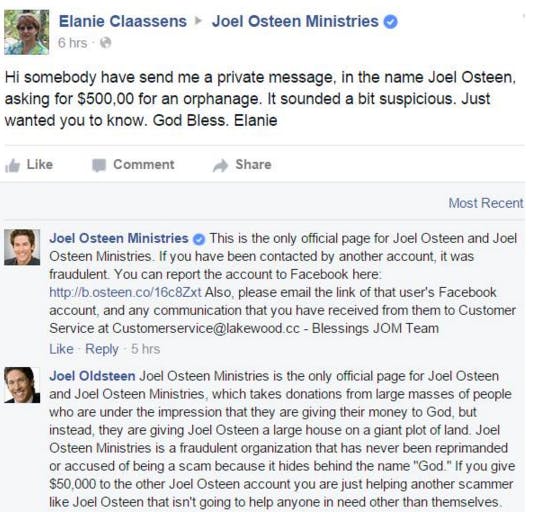 Let us praise Joel Oldsteen for showing us the light.