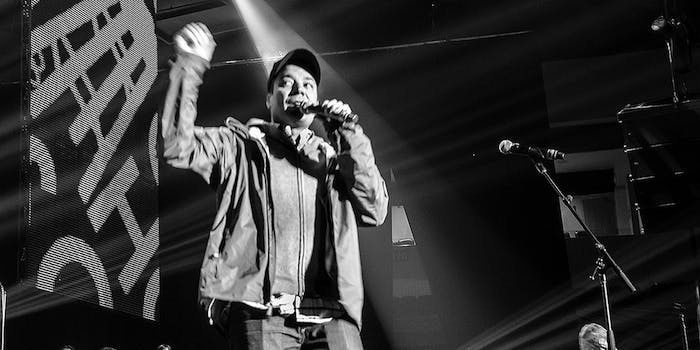 Crazy things happen when you grab a beer with Jimmy Fallon

It's shots all around from the Tonight Show host.

Jimmy Fallon narrowly escaped a bar brawl in Chelsea last week, but that didn’t scare him away from the New York bar scene.

Despite reports that he was “shaken up” by the ordeal, he returned to another bar on Friday night where he ended up buying a round of vodka shots for everyone.

One patron recorded video and told the New York Post that he tried to buy Fallon a shot. Fallon refused it and accepted a beer from him instead.

Fallon has been known enjoying the New York night life, and has even tried his hand at bartending.

The new late-night rivalry hasn’t officially started, but Fallon’s already got a leg up.