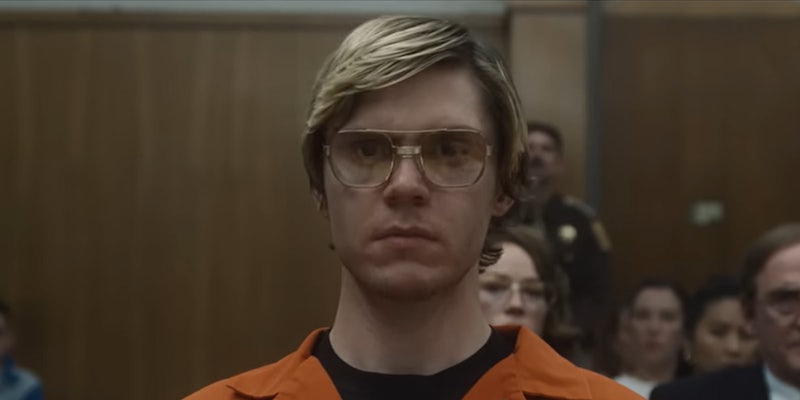 ‘It’s retraumatizing over and over again, and for what?’: Family member of Jeffrey Dahmer victim slams new Netflix show

'They don’t notify families when they do this.'

The new Ryan Murphy Netflix series Monster: The Jeffrey Dahmer Story premiered this week, and it has already been met with tepid reviews and backlash from the family of one of Dahmer’s victims.

Murphy regular Evan Peters plays the serial killer with dead-eyed ease, but the series spends way too much time on his horrific crimes. Dahmer was arrested in Milwaukee in 1991 for multiple murders of young men and boys, and he was murdered in prison in 1994. The series covers the 1992 trial and recreates one real scene in which Rita Isbell, older sister of victim Errol Lindsey, addresses Dahmer in court.

On Thursday, a Twitter user named Eric, who is Isbell’s cousin, tweeted about the series and that scene in particular. “I know true crime media is huge rn, but if you’re actually curious about the victims, my family (the Isbell’s) are pissed about this show,” Eric wrote. “It’s retraumatizing over and over again, and for what? How many movies/shows/documentaries do we need?”

There was already a Dahmer film, My Friend Dahmer, in 2017, in addition to the 2012 doc The Jeffrey Dahmer Files and 2002’s Dahmer, in which Jeremy Renner played the titular killer. Ryan Murphy and exploitation are synonymous, and another Dahmer series is unnecessary at this point.

But more family members of murder victims have been coming forward about movies and series they find exploitative, and true crime content is seeing much more scrutiny now.

Eric also set the record straight on whether the family was contacted about the series. “To answer the main question, no, they don’t notify families when they do this. It’s all public record, so they don’t have to notify (or pay!) anyone. My family found out when everyone else did.”

People are also calling out John Balcerzak and Joseph Gabrish, the Milwaukee cops who returned 14-year-old victim Konerak Sinthasomphone to Dahmer after he escaped his apartment. The boy was subsequently murdered as a result. Balcerzak later became head of the Milwaukee Police Association.