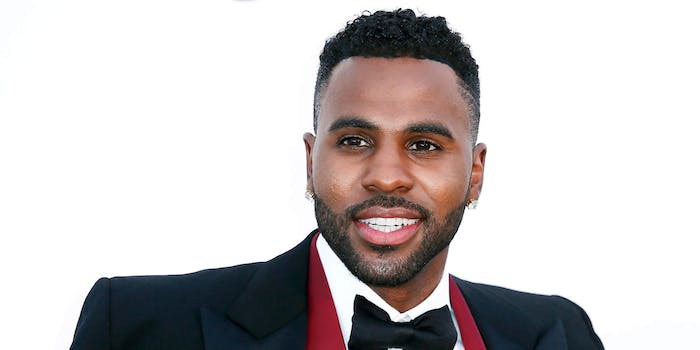 'Don't just give credit, give him his coins.'

The song is called “Laxed (Siren Beat),” and it belongs to 17-year-old New Zealand musician Joshua Nanai, who performs under the moniker Jawsh 685.

Nanai’s artist name is a nod to his Samoan and Cook Island roots, as “685” is the Samoa calling code. His reggae-inspired TikTok smash is a “siren jam,” or a song meant to be blasted from car or bike speakers, as is customary in New Zealand and other Pacific Island regions.

“Laxed (Siren Beat)” has been used in over 36 million TikToks, prompted a viral TikTok dance, accumulated more than 9 million Spotify streams, and earned Nanai a deal with Columbia Records, Variety reports. So fans were none too pleased when Derulo cribbed its melody for his forthcoming song “Savage Love,” which he previewed on TikTok last week.

As “Laxed (Siren Beat)” swelled in popularity, Nanai had reportedly been in talks with several artists about remixing the track, Derulo included. Apparently, Derulo didn’t want to wait and built his own song around the beat, though both parties have reportedly not reached an agreement regarding compensation yet. (Derulo’s reps did not respond to the Daily Dot’s request for comment by press time.)

Nanai’s fans quickly called Derulo out for not crediting Nanai in his “Savage Love” post.

“Lowkey if you’re ganna [sic] make this your actual song. Then it’s best to give more then just credit to @jawsh_685 js it’s only fair,” one TikTok user commented on Derulo’s post.

The pop star later commented on his own video, “Recognize this sound?!?” and gave Nanai a shoutout in his next “Savage Love”-related TikTok, writing, “Had fun remixing @jawsh_685 siren beat.”

Still, many fans considered this to be insufficient, considering Derulo lifted an entire melody from Nanai and made no mention of him at all in his first post. Even worse, Derulo’s videos created a new “Savage Love” track on TikTok, potentially redirecting users who wanted to discover the source of the melody. Credit was a good start, many TikTok users argued, but Nanai also deserved money.

“But is jawsh getting any money from his beat????” one user asked.

Another user summed it up accurately: “Don’t just credit, GIVE HIM HIS COINSSSSS.”