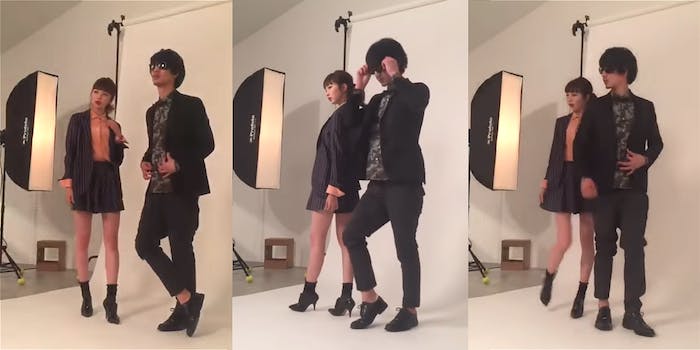 A little underwear is no big deal.

Modeling isn’t always glamorous. It’s a big illusion that hides a lot of hard work, and sometimes it means remaining professional when things turn horribly awkward. Watch what happens in this Japanese photoshoot when the perfect choreography breaks down and someone ends up in their underwear.

The female model, Mibuki Shimada, posted the video on Twitter and wrote that it was hard not to laugh as her male costar stayed frozen in his “cool pose” while an assistant tried to pull his pants back up. Even though everyone on set was choking back laughter, he just kept going, like a total pro.

The video has gone viral on Japanese social media since it went up Wednesday, and it’s also starting to make headlines.

Sad to know most of us will never look as cool in our lives as this dude looked with his pants around his knees.