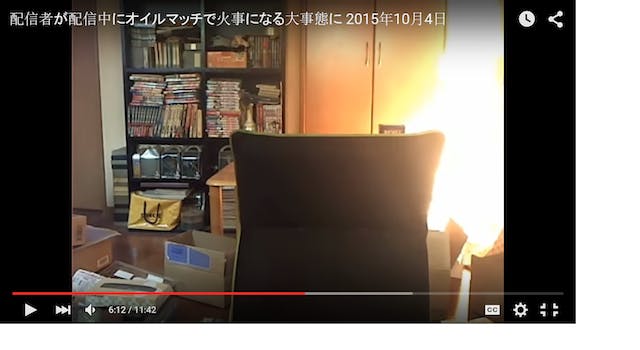 Japanese livestreamer barely notices that he set his room on fire

No one should be this chill about setting their own room on fire.

You’ve got to be impressed by someone who not only sets fire to their room in the middle of a livestreaming session but also remains completely calm afterward.

One Japanese livestreamer had clearly never heard of fire safety precautions, because he dropped an open flame into a trash can full of what appeared to be paper and then calmly attempted to extinguish the resulting fire by trickling a small amount of water on it.

Finally, the man simply moved the fire to another part of the room where it could spread to other flammable items. Good work!

On the one hand, this man proved that he was very calm in a crisis. On the other hand, he totally just set his own room on fire during a live broadcast.