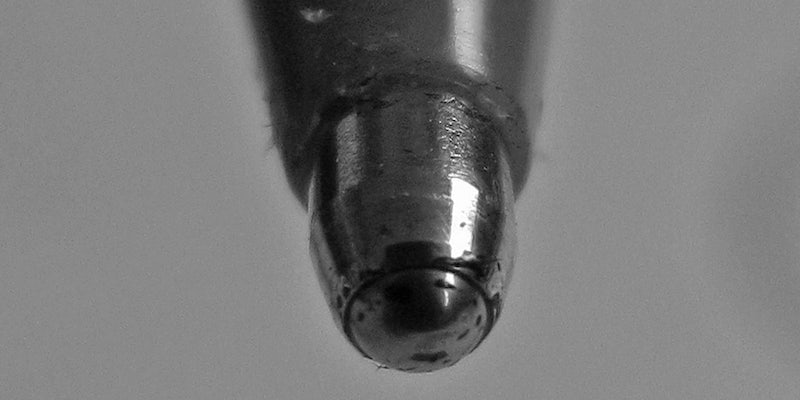 Why do we keep falling for the same prankster’s hoaxes?

The Bic letter, the NASA letter, the Cadbury letter—the Internet should know better than to trust Jamie Jones.

’Tis the season to be wary—of brand hoaxes, apparently. Bic pens is the latest casualty in a string of pranks that involve a faked exchange with a real business or organization. But unlike previous wacky outings with a fake We Buy Any Car and a fake NASA, this time the routine seems particularly juvenile: It’s an extended penis joke.

As you might suspect, this response letter from Bic is also a huge fake. 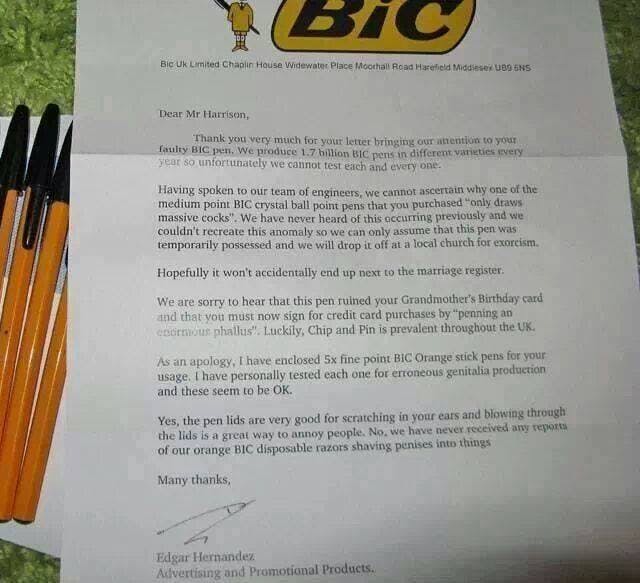 It should’ve been obvious, but it wasn’t. This one made it to Reddit’s front page, even though redditors quickly pointed out that it was clearly a hoax, a nearly exact replica of the work of one infamous viral-letter forger. His name is Jamie Jones. His blog is a repository for those pranks and other Photoshopped gimmicks.

Jones is responsible for the We Buy Any Car hoax, one of two recent NASA hoaxes, a Cadbury hoax, and a Guinness World Record hoax. The list goes on. Jones’s pranks never seem mean-spirited—in fact, We Buy Any Car was so delighted with the positive media attention it received from his prank that it opened a second website, We Buy Any Toy Car, in response.

These kinds of letters are like fanfiction, kinda. Though they pretend to be from the company, they also function as love letters to the corporations and the status they hold. After all, who hasn’t wanted to bribe Cadbury’s chocolate factory for a job?

And who else but Bic is worthy of receiving a joke about a pen that can only draw phalluses? It’s the kind of prank that makes you really stop and think about Bic pens. Which pens are better equipped for phallic art? Liquid or gel? Fine-tipped or round-tipped?

But Bic wasn’t flattered. When the company responded to Digiday about the prank yesterday, it sounded unamused:

“This letter is by no means an official document, this is just a forged document used for humoristic purposes by Internet users. The Bic Group is now trying to contact the transmitter website to ask them to point out that it is a fake and a joke and by no means an official document from the Bic company and, if necessary, to remove it from their website.”

Jones has, believably or not, denied that he is behind the letter. Make that emphatically denied:

Yet it’s a nearly exact clone of his earlier work, down to the font and the stationery: 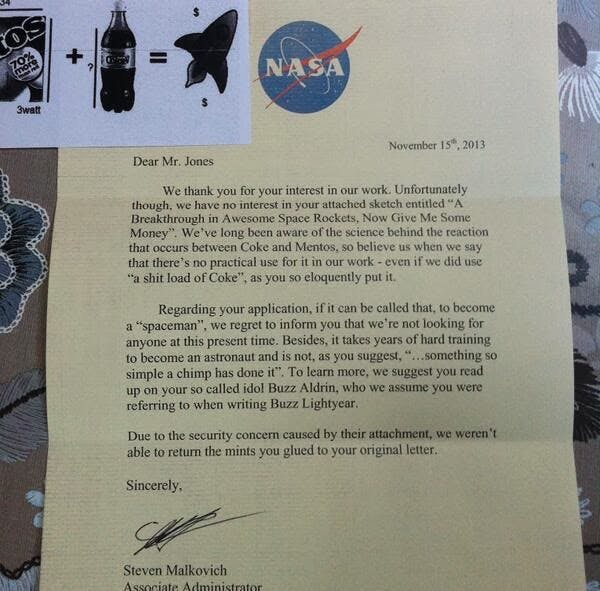 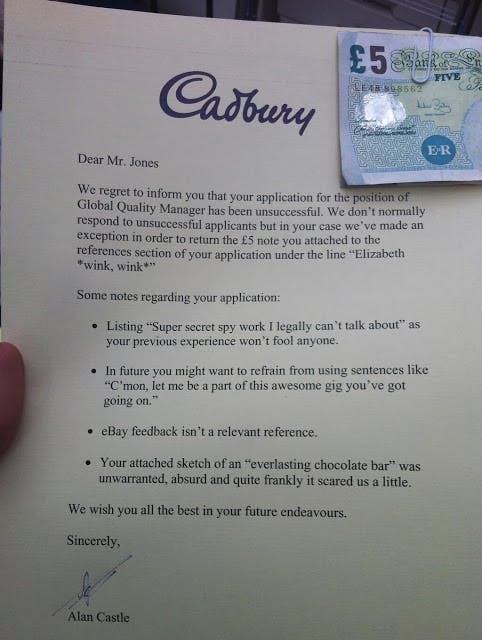 If he’s not the perpetrator, he has clearly inspired an imitator. Unlike producer Elan Gale’s elaborate but faked encounter in which he tells a fellow airline traveler to “eat my dick,” this hoax makes it easy to root for both parties. This is the Bic that consumers wish they were buying from, a company whose venerable name and reputation can’t be hurt by taking two seconds to sketch a crude member as its signature in fine-tipped ballpoint.

Perhaps we keep falling for this kind of stuff because we’d rather have a funny story than a true story.

Also, perhaps there’s a silver lining, and the next corporation to find itself on the receiving end of one of these pranks will be more gregarious. The Internet is forever, after all, and they may well be debunking the ‘hoax’ for some time to come.

But, for now, this hilarious example of customer service is only wishful thinking.