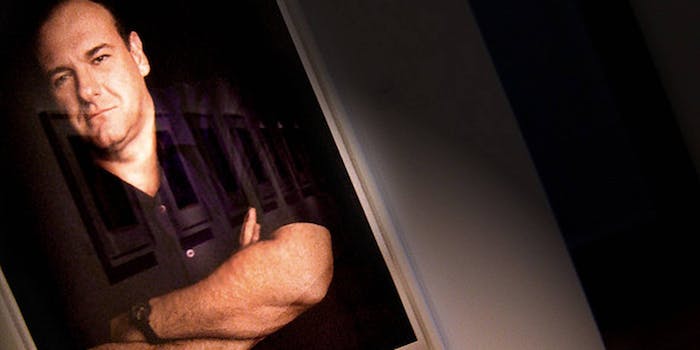 Meet Mediamass, a so-called satire site that spreads any lie it can.

James Gandolfini, the actor and Sopranos star, is dead at the age of 51. You may have read this yesterday. You may also have read that he wasn’t dead, that this news was nothing more than an Internet rumor.

The stories claiming it was a hoax, though, were part of a hoax.

The group responsible for this idiocy is Mediamass, a so-called satire site that runs on the premise that good satire is just making shit up.

Gandolfini died from a heart attack in Italy on Wednesday. That same day, Mediamass wrote that rumors of his death “earlier in the week” were “just a hoax,” implying, of course, that Gandolfini was very much alive. There were no rumors that he’d died earlier in the week—just actual stories that accurately and factually reported his death.

This quickly spread across Facebook, leading to widespread confusion—which was just what the site was hoping for. Here’s how Mediamass describes its mission:

[I]t will not only mock the procuders [sic] (mainstream media, journalists) as it is common when questioning and criticizing mass media, but also the consumers as one cannot exist without the other. Sensationalism, lack of verification of information, ethics and standards issues are only symptoms of the actual social and economic order. This is particularly obvious when observing the role of social networking sites in spreading rumours.

Get it, sheeple? By believing in what Mediamass reports, you’re simply part of their grand satirical experiment. They are mocking you because you (by believing them) are part of the problem.

Forgetting, for a second, the childish, self-righteous arrogance inherent in the concept, it’s not an entirely bad idea. There are ways to effectively satirize a spectacle and its audience all at the same time—see the famous example of Andy Kaufman and his wrestling career. And surely the media is always ripe for a good smackdown.

But while good satire doesn’t have to be funny, it does have to be smart. Mediamass is neither.