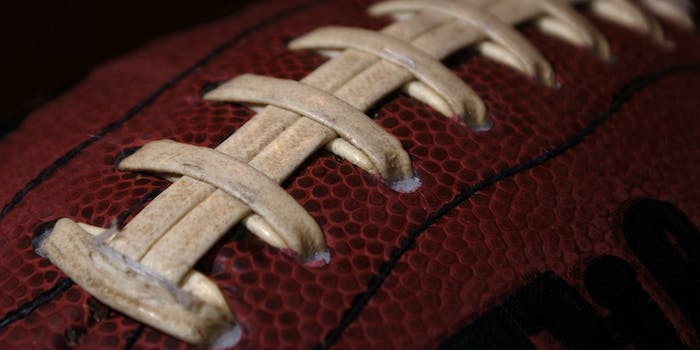 NFL players have to answer the weirdest job interview questions

Austen Lane was an NFL defensive end from 2010-14, playing 30 games overall, mostly for the Jacksonville Jaguars. And while Lane didn’t exactly have a standout career, he does remember some extraordinary moments from his job interviews.

The NFL combine began Wednesday and continues through Monday in Indianapolis. It’s a time when all the best formerly collegiate players are evaluated with field drills and quizzes and tape measures and scales to gauge their future potential. But the NFL squads will also test the players’ mental abilities, asking weird questions during interviews to see how they’ll respond.

Most of the time, those queries are kept secret. That’s where Lane comes in: He took to Twitter on Tuesday and pulled back the curtain on some of the stranger provocations he faced while meeting with teams.

When a scout asked me at the combine if I had to murder someone: Would I use a gun or a knife? pic.twitter.com/R5BHMxiDM7

When a coach made the statement during my combine interview… "I see you have dreads, you smoke weed don't you?" pic.twitter.com/fu2BLm55uF

When a scout at the combine asked me… "If you could kill someone and not get caught, would you?" pic.twitter.com/mwK5UX8gvW

When a scout at the combine asked me if I thought my mother was attractive. pic.twitter.com/FPwc6OVdtj

Of course, Lane—who apparently answered well enough to be drafted in the fifth round in 2010—isn’t the only player who has raised his eyebrows at his combine questioners.

Defensive tackle Gerald McCoy was once asked if he wore a G-string or a jock strap when he played. Former Colorado tight end Nick Kasa was asked if he likes girls. And seven-year NFL veteran Matt Bowen was asked to speak to a priest.

But the all-time winner, the one question that might never be topped, came courtesy of former Dolphins general manager Jeff Ireland.