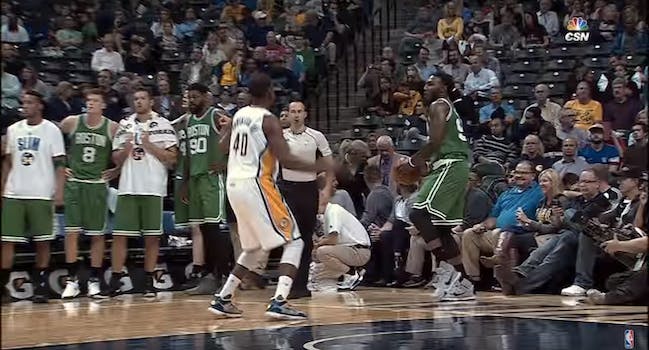 Talk about a long shot.

It was a long shot, but Boston Celtics forward Jae Crowder took it.

On Wednesday’s basketball game between Boston and the Indiana Pacers, Crowder threw a pass from the far baseline with a mere 1.1 seconds left in the game. The ball flew through the air, across the 94-foot court, hit the backboard, and made it through the net. Wowza.

Unfortunately, the shot didn’t count, since Crowder was out of bounds—and the Celtics still lost—but that doesn’t make the full-court bank shot any less impressive. If anything, the man should at least win a lifelong supply for tater tots for the feat.