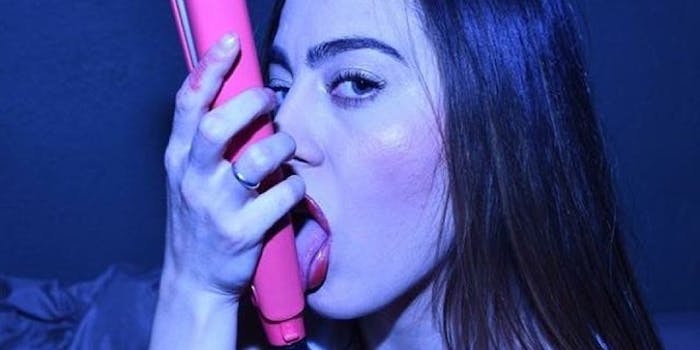 Wait, she was still going?!

By March of 2017, Saulino said she’d performed oral sex on more than 400 men on the tour—although haters claimed the whole thing was fake. At one point, Saolino sold official merchandise and played up the publicity stunt on Instagram, but it seems to have faded as the year went on.

The Pompa Tour was apparently still going, though, long after the referendum vote was over. And after her face heals, it will return.

“Pompa Tour is still going. I mean Pompa Tour actually is my lifestyle. It’s my way to be free,” she told the U.K. tabloid Sun Online.

On Instagram, several men are wishing her well with her recovery and hoping she makes a speedy return to her chosen lifestyle.