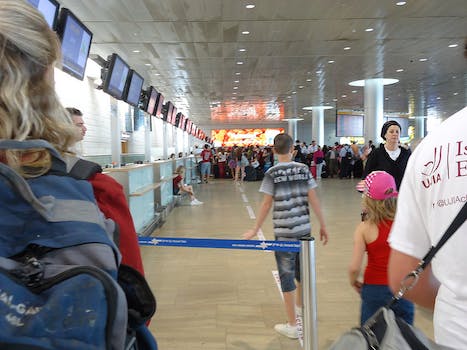 Israel can now read your email before you enter the country

Israel’s attorney general has given the Shin Bet, Israel’s internal security service, the authority to demand a visitor open up their email program and allow access to their messages.

Israel’s attorney general has given the Shin Bet, Israel’s internal security service, the authority to demand a visitor open up their email program and allow access to their messages.

“The threat of using foreign citizens for terrorist purposes is a growing trend,” said Nadim Avod of the AG’s office. “Searching an email account is to be carried out in exceptional cases only after suspicious or pertinent information has been identified.”

The search must be conducted in the presence of the person whose messages are searched, and the ruling does not allow for the security services to demand the password itself.

The Association of Civil Rights in Israel (ACRI) petitioned the attorney general’s office to refuse the ruling. Their petition noted that the Shin Bet had already demanded access to some tourists’ emails and in at least one case, that of Sandra Tamari, a Palestinian-American Israel believed was a Palestinian activist, they refused entry when she refused to accommodate them.

When “relevant suspicious signs” are observed and the tourist gives their consent, their email may be searched. However, Lila Margalit, an attorney with ACRI, said,“A tourist who has just spent thousands of dollars to travel to Israel, only to be interrogated at the airport by Shin Bet agents and told to grant access to their email account, is in no position to give free and informed consent.

“Such ‘consent,’ given under threat of deportation, cannot serve as a basis for such a drastic invasion of privacy.  In today’s world, access to a person’s email account is akin to access to their innermost thoughts and personal lives.  Allowing security agents to take such invasive measures at their own discretion and on the basis of such flimsy ‘consent’ is not befitting of a democracy.”

H/T The Guardian | Photo by Joshuapiano/Flickr