The jihadist group ISIS has made their Internet and social media presence an essential part of their propaganda and recruitment strategy. But where they see advantages in the digital realm, there are also many dangers.

New York reports that “a hacking collective called GhostSec (not to be confused with the more legitimate Ghost Security Group)” have “replaced an alleged ISIS recruitment site on the dark web with a good weed reference and a banner ad for an online pharmacy” that sells Viagra and other popular drugs for cryptocurrencies like Bitcoin. 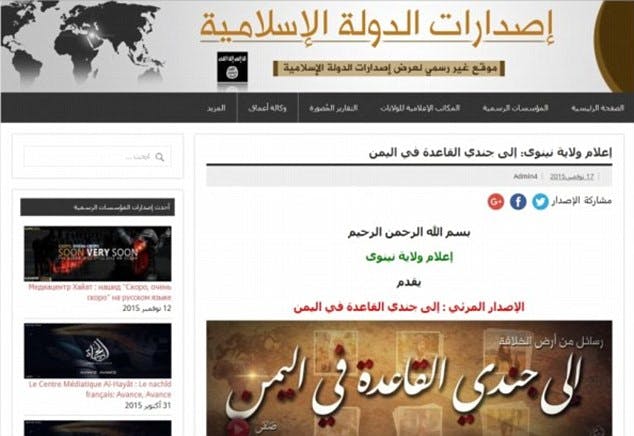 It’s hard to say whether GhostSec orchestrated this attack with any sort of moral imperative in mind or just had a lot of Adderall to unload. Either way, I’d hate to be ISIS’s IT guy right now.