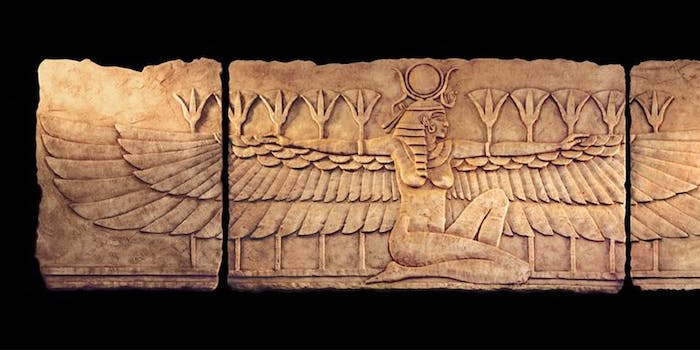 The odds that ISIS, the jihadist caliphate behind last week’s Paris terror attacks, would set up a book and gift shop in Englewood, Colorado, are slim to none. Nevertheless, locals are repeatedly vandalizing a store there that shares a moniker with the extremist group.

Just this weekend, Isis Books & Gifts—a fixture in the community for 35 years, according to FOX31—discovered that someone had put a brick through the sign advertising its decidedly innocent website. Owner Karen Charboneau-Harrison said she couldn’t be sure if someone had just “lost it” or “actually thought this was a bookstore for terrorists.”

The sign has been broken before. Other past incidents saw the store’s front door shattered and pink paint thrown across its façade.

Yes, just as women named Isis can tell you, people tend to scrap nuanced thinking when it comes to existential threats and violent clashes of civilization. Of course it’s a store for terrorists! That’s where they get all their, um, herbal candles. And Tarot decks! And…Wicca supplies?

Listen, vandals. We know you want to smash some stuff. It’s just that you’re literally attacking a peaceful bunch of hippies who want nothing more than a good deal on incense. We should probably just be glad that you’re literate and aware of current events, but knock it off, OK?

Oh, and since Isis Books & Gifts—named for the Egyptian goddess of “women, marriage, magick, healing and more,” not that you asked—is covered by insurance, you can send the money you might have given them for repairs to a group that aids refugees and other victims of war.

If you’ve got any cash left over, you can buy yourself a sense of shame.