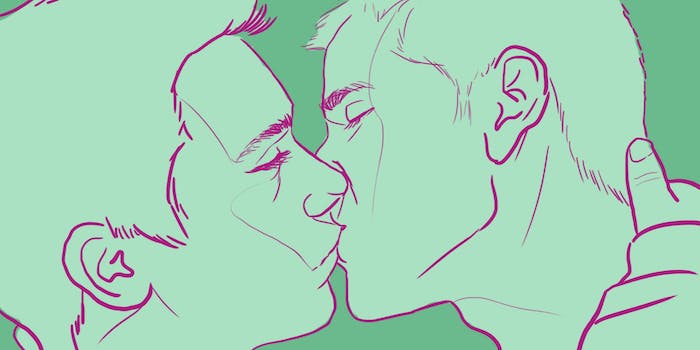 Meet the brave playwright who wants to stage ‘ISIS: A gay love story’

'I wouldn’t disagree with anyone who said my play sounded totally ludicrous.'

Ian Begley is the creative mind behind the unproduced play—his first—which he’s hoping to submit to the Tiger Dublin Fringe Fest later this year. He’s asking for $1,674 in financial support with a Kickstarter. 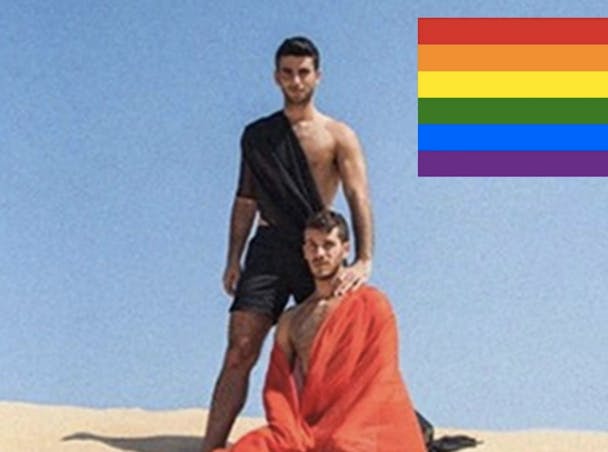 The project’s page summarizes the work: “A young gay, Western man is captured by ISIS and starts a relationship with one of the chief commanders of the terrorist organization.” Are you titillated? Good.

The Daily Dot caught up with Begley to find out a little more about ISIS: A gay love story. This interview has been edited for clarity.

What was the inspiration for this story?

My inspiration for this story gradually came after doing an in-depth study into this barbaric regime. ISIS claim to have more than 200,000 members worldwide and are merciless amongst those who contradict their beliefs, such as those within the LGBT community. Falling within this category myself, I am all too aware that you cannot escape your feelings towards those you are attracted to—no matter how much you suppress them. Sometimes you cannot help who you fall in love with even if it contradicts your religious beliefs or culture. I began to think about this phenomenon taking place in the most absurd scenarios and this is where ISIS: A gay love story popped into my mind.

Did you have “aha!” moment or something?

I was considering writing a story about an ordinary man’s personal ordeal while captured by ISIS—then I thought: “What if I made him gay?” This soon opened up a whole range of ideas to work with and in a matter of days I realized that this story just had to be written.

This is a pretty zany concept, especially when you just read the phrase “ISIS: A gay love story.”

I wanted to come up with a title that would instantly grab people’s attention and question what in God’s name is it about. The play is essentially about an Irish drug mule who has a gay love affair with an ISIS commander, so I wouldn’t disagree with anyone who said my play sounded totally ludicrous.

So what tone are you going for?

I initially thought about making the play similar to Jesus Christ Superstar or The Producers—full of singing and dancing—with the ISIS commander as camp as Christmas. Although this is certainly a concept I wouldn’t abandon for a future project, I decided to make my play a serious drama with a necessary touch of humor.

What message do you hope to get across with the play?

When the curtains close I hope my audience will see the two main characters of my play for what they are and nothing more—human beings, who are indecisive, full of flaw, and capable of both love and hate.

Will there be any steamy scenes in the play?

There will be of course some gay intimacy, but I believe it would be best for the actors not to get too carried away.

What’s your dream casting for this?

I would love Robert Michael Sheehan to play the role of the Irish protagonist, Owen. I thought he was great in the Irish crime series Love/Hate and think his natural bad-boy charisma would be well-suited for this play. For the role of Omar—the ISIS commander—I’m not sure, but I would like to give an unknown actor a chance at playing him.

I think some people will be shocked and perhaps even offended at the concept of this play, but I hope it will portray a powerful message and stay with the viewer long after leaving the theatre.

How many members of ISIS would you say are probably gay?

Thousands! It would be absurd to think otherwise. People often compare ISIS to the Nazi party, and if you did your homework, you would realize that the Third Reich was full of gay men and women, despite openly condemning them. Even Ernst Rohm, Hitler’s right-hand man, was a homosexual!

Anything else you want to touch on or bring up that I didn’t ask about?

The play is still very much in its infancy and a lot of work needs to be done before it will be ready to go on stage in September. It will also be my first play, but I want to do it right and will take on board all of the support and advice I can possibly get.

You can support ISIS: A gay love story here.