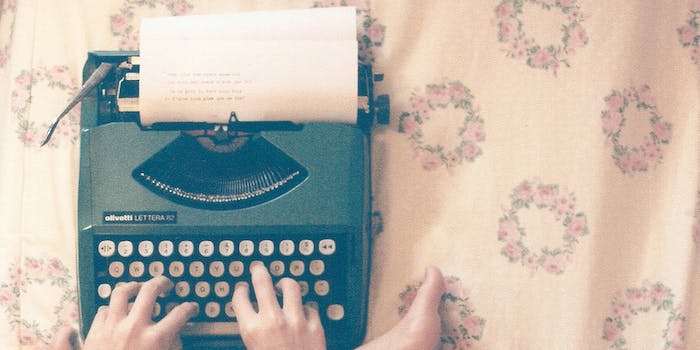 Rumors of the think-piece’s death have been greatly exaggerated

If the think-piece name is tarred beyond repair, the concept shouldn’t be.

In 1847 the Reverend John MacDonald, missionary of the Free Church of Scotland in Calcutta, succumbed to cholera. A tract in his name nevertheless appeared nine years later, titled “The theatre: fourteen reasons why we should not go to it.” MacDonald’s beliefs didn’t outlive him long, but his style survives: were he with us today, I’ve no doubt he’d work in online media. (While I don’t know what his fourteen reasons were, it’s hard not to picture animated gifs.)

The numbered list format is everywhere; you’d struggle to find an author who hasn’t turned to it for traffic. Recently, in an article called “How to write a Thomas Piketty think-piece, in 10 easy steps,” the Washington Post’s Carlos Lozada merged it with another trend, meta-commentary, to swipe at conceited reviewers. “Think-piece” has since been called a dirty word at Slate, where David Haglund observes it’s a term for “discussion, analysis or opinion as opposed to fact” by writers “exploiting their own personal brand”.

Ironies, intentional or not, stack up. Dissecting the genre, Haglund’s post is surely a think-piece itself, and while all of us have published listicles, a form associated mainly with BuzzFeed is not the stuff of Pulitzers. Lozada’s targets might deserve his stark, but do authors have a right to snobbery whose titles include the words “10 easy steps”?

If the think-piece name is tarred beyond repair, the concept shouldn’t be. The blog age, few would deny, has made such articles the online press’s stock-in-trade.

As one of its beneficiaries, I may be biased: I’m 22, write full time and, unlike friends who worked for years at student newspapers to land jobs at national ones, have never filed a word of news copy. The axiom is trotted out (mostly by people paid to do it) that anyone can write comment, and certainly it’s kept me more or less in socks. Some of us would be hard pressed to compose anything else—but I won’t accept it’s an unskilled practice.

Good writers are often their own main subjects. Ones like me, as George Orwell put it in a 1946 think-piece, “are on the whole more vain and self-centred than journalists.” According to Orwell, the “desire to seem clever, to be talked about, to remembered after death, to get your own back on the grown-ups who snubbed you” must, if you want this job, be part of you. The result is that many of us write simply to be read, concerned more with good prose than broadcasting important facts.

Egotism has its plus side. Without specialist knowledge or the latest scoop to snare the casual reader, we rely on insight, incisiveness and the fresh angle; on making the everyday interesting, the trivial compelling—in other words, on thoughtfulness. Orwell, one of whose best-loved articles was about how to make a cup of tea, was a champion at this approach, as many others before and since have been. If it’s true anyone can write a think-piece, it’s also true that few can write one well, still fewer well enough for editors’ money.

As played in Almost Famous by the late Philip Seymour Hoffman and cited in Haglund’s post, rock writer Lester Bangs instructs a hack, “Tell him, you know, it’s a think-piece about a mid-level band struggling with their own limitations in the harsh face of stardom. He’ll wet himself.” Of course, it’s a pretentious pitch—this is the joke—but which of us wouldn’t therefore bow to the rare, brilliant writer who made it work?

Pretension happens when we aim for greatness and miss, but I’d rather see writers do that than settle for dullness. “Think-piece” as a pejorative, it seems to me, actually scolds the unthoughtful; in Lozada’s case, pundits less clever or original than they strain to appear. That doesn’t make clever prose a lesser goal—Its difficulty is what raises it, in fact. At least these writers wanted to be thoughtful. If clickbait was the alternative, and let’s admit it is, why scorn them for it?

Crucifying writers who fail at think pieces feels like dismissing the pursuit of art, as the straitlaced Reverend MacDonald did, without taking the risk of trying for it.

My basest desire, I’ll readily admit, is to be heard, but I’ll try all I can to write thoughts challenging enough that readers listen. It’s a sad thing if in the BuzzFeed list’s era, thoughtfulness isn’t worth aspiring to, but I’d prefer to think other writers feel trying is good, that ambition should be made of sterner stuff than traffic-chasing and that it’s easy to be cynical—but best to be sincere. It’s better fundamentally to fail at thinking than succeed at being banal.

Alex Gabriel is a twentysomething British graduate who writes on religion (and how to leave it); popular rhetoric and political dissent; secular, nerd and LGBT cultures; sexuality and gender; or whatever else comes to mind. Follow him on Twitter @alexgabriel.

Photo via Livia Christina/Flickr (CC BY 2.0)