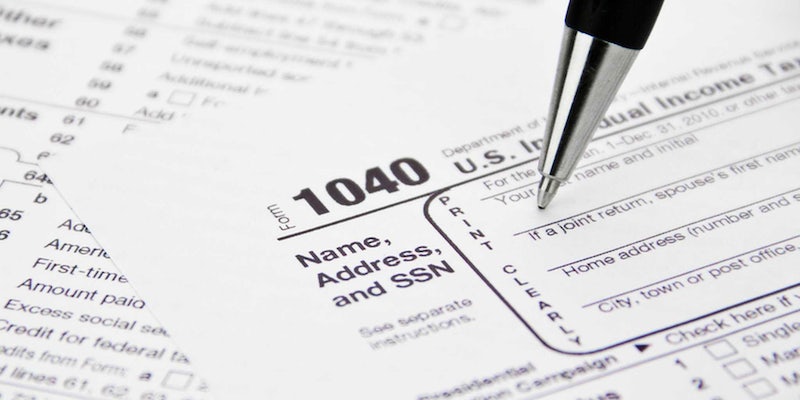 FYI, the IRS is looking at your online activity for signs of tax evasion

Congratulations, American taxpayer. You’ve just filed another year’s income tax return and you’re feeling pretty good. And maybe, by taking a few “creative liberties” with your return, you were actually able to come out a little ahead this year or not pay anything at all.

If that’s the case, you probably feel like bragging a bit. Maybe you’ll share a tongue-in-cheek photo on Facebook of that new Xbox One you called a “business expense.” But be warned, friends won’t be the only ones reading your status.

Yep. Facebook, Twitter, Instagram: Your social media presence is fair game to the Internal Revenue Service, and the tax agency will be browsing these networks to look for potential income tax evaders.

In recent years, the IRS has begun using online activity trackers to look through mass amounts of public Internet data for potentially incriminating information, according to CNET. A humblebrag to your friends about how you claimed your bathroom as a home office may seem harmless, but it’s the kind of thing that might put you squarely on the IRS’s radar.

With a diminished enforcement budget, the average American’s chances of being audited this year are the lowest they’ve been in three decades. That doesn’t change the fact that the IRS loses nearly $300 billion annually to tax evasion. So the few audits the agency does perform will have to count.

That’s why the IRS has begun using incriminating information culled from the Internet to try and locate blatant offenders. The IRS is said to take this information and combine it with information it already has on people like their Social Security numbers, health records, banking statements and property.

“It seems they may be using predictive analytics,” Professor Joseph Turow, of the University of Pennsylvania’s Annenberg School of Communication told Marketplace. “That takes a huge amount of data and puts it together in a big pot to see if they can predict which individuals don’t pay their taxes.”

Reportedly, the IRS is only looking at publically available information, so strong privacy controls should protect you. But the safest route is not to post anything at all (… or, you know, just pay your taxes).

It’s not simply social media either. According to the Daily Caller, the IRS is known to use images provided through Google Maps in assessing property status. In 2011, for instance, Google Maps was used as evidence in revoking the 501(c)(4) tax-exempt status of a homeowner’s association.

However, some attempts by the IRS to access taxpayer information have gone over the line of privacy rights. Last year, the agency was forced to do an about-face on a controversial policy that claimed the IRS—under provisions of the outdated 1986 Electronic Communications Privacy Act—had the authority to search taxpayer emails without a warrant.