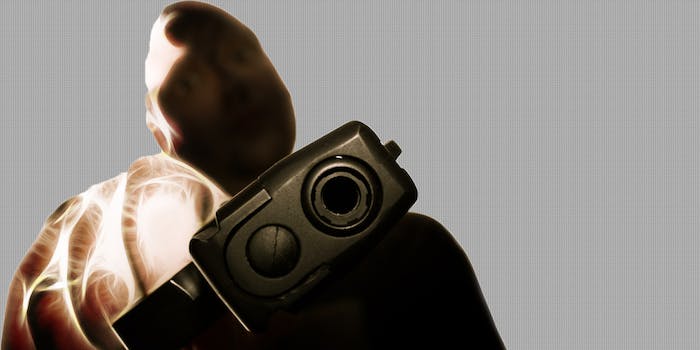 This robber messed with the wrong Iraq vet

Four tours of duty in Iraq spread out over a 30-year military career have left Jon Alexander with a particular set of skills.

Jon Alexander isn’t your average store clerk. Four tours of duty in Iraq spread out over a 30-year military career have left him with a particular set of skills.

These talents were put to good use Saturday night when his store in Marionville, Mo., was held up by an armed robber.

As the man walks over to the register, he hesitates briefly while reaching for a handgun. That split-second fumble gives Alexander more than enough time to reach for his Walther PPX 9mm handgun and jam it straight into the robber’s mouth.

The thief pauses briefly, stunned to see he has lost the upper hand, before scampering away.

“One of the policemen told me later, ‘You’re a lucky man,’” Alexander told News-Leader.com Monday. “I said, ‘I think he [the robber] is a little luckier than I am.’”

The entire incident was caught on a surveillance video which has collected 172,000 views on Liveleak. The following GIF was made using that clip.

Police are still searching for the robber.