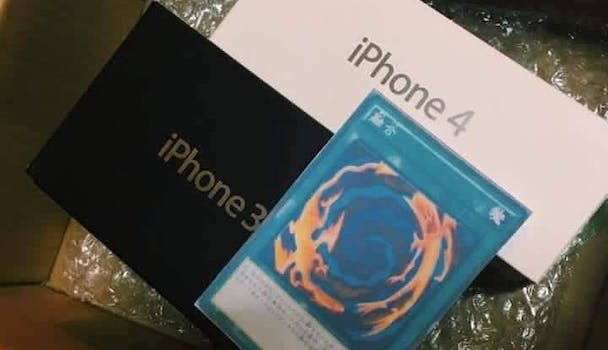 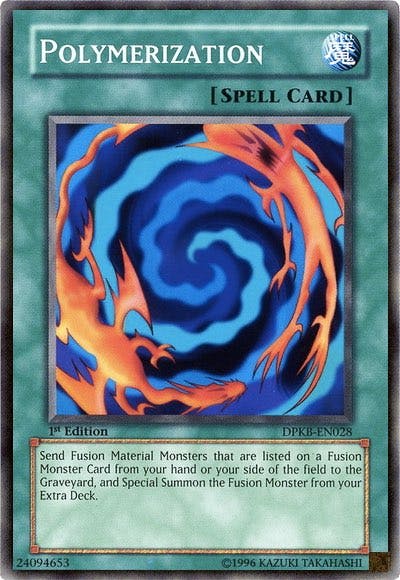 According to Daniel Ahmad, an analyst in the Asian video games market, the joke is that the buyer can use the card to fuse the junky iPhone 3 and iPhone 4 together to make a single working 7.

Looks like the buyer just activated this scammer’s trap card. Metaphorically, not according to the actual rules of the card game Yu-Gi-Oh or the real-world laws of physics.