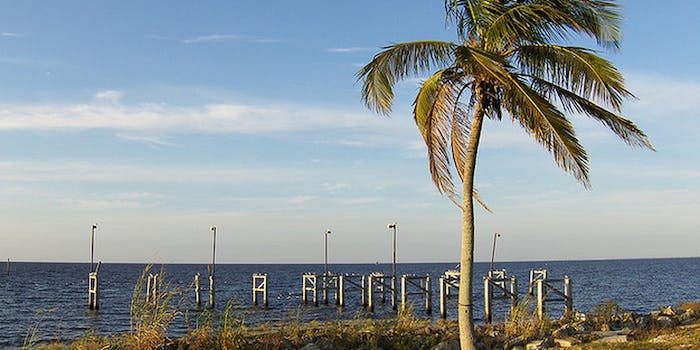 Another day, another bit of ugly violence posted to Facebook by the perpetrator.

Warning: This story contains violent video that may be disturbing to some readers.

Another day, another bit of ugly violence posted to Facebook by the perpetrator, like it’s something to laugh about.

Police in Okeechobee, Fla., have confirmed the arrest of 18-year-old Andrew Wheeler over a video that appears to show him beating an autistic teenager.

According to WPBF 25 News, the victim, 16, “was at a house party when he reportedly got drunk and passed out.” Things went from bad to worse when he was woken and told to go outside in order to fight someone. He refused, and Wheeler was allegedly called in to forcibly remove him.

In a statement to police, the boy said that Wheeler had choked him until he became unconscious. He awoke to find Wheeler standing over him, hitting him in the face while others stood around and laughed. He added that Wheeler then held a knife to his throat and told him to leave.

“The boy then left and collapsed in the street where police found him,” a police report revealed.

The raw footage evidently made its way to Wheeler’s Facebook page, which led to a police officer recognizing him as the assailant, as he’d been convicted of various crimes in the past.

But detention on a $20,000 bond seems unlikely to placate the hashtag activists who launched #JusticeForAaron and a Facebook group of the same name, which at this point has nearly 30,000 “likes.” That page was seemingly essential in spreading this narrative of the event:

Aaron Hill is a disabled boy in Okeechobee who was lured out of his home by a girl claiming to want to go on a date. Once to the location she chose, he was ambushed by Andrew Wheeler and a gang of at least 8 other people. Andrew beat him senseless, held a knife to his throat, And told him he was going to shoot and kill him. This was filmed the whole time … [t]he video was on Andrew’s facebook and he went around bragging about his crime. He was arrested, but only charged with minor assault and no charges or arrests are being made on the others involved. Some of the others involved have family in the Okeechobee police department and also DCF. One of the parents even destroyed evidence to protect their guilty little brat. So now the Okeechobee Police Department are trying to bury this story because some of the kids have ties to the department.

In fact, at least one other adult involved in the disturbing incident has been arrested: Evadean Lydecker, a woman briefly glimpsed in the video, was charged on Friday morning “for contributing to delinquency of a minor/holding an open house party,” WBPF 25 reported.

A rally was planned for 2 p.m. this afternoon, though it’s unclear if it went on as scheduled.

Always understand that ‘the cool parents’ in high school were actually, 99.9% of the time, ‘the bad parents’. #JusticeForAaron

There is a special place in hell for the people that did that to that little autistic boy named Aaron. #JusticeForAaron

#JusticeForAaron what happened to that kid is disgusting, police forces have a responsibility for our safety, not to bury anything …

This is terrible. Hope he gets prison for life. #JusticeForAaron Charges filed in beating of teen with autism http://t.co/Cfob4WDWaT @wptv

Heads up Kiddos, if you film an assault rather than attempt to stop–YOU are as much of a douchebag as the actual perps. #JusticeForAaron RT