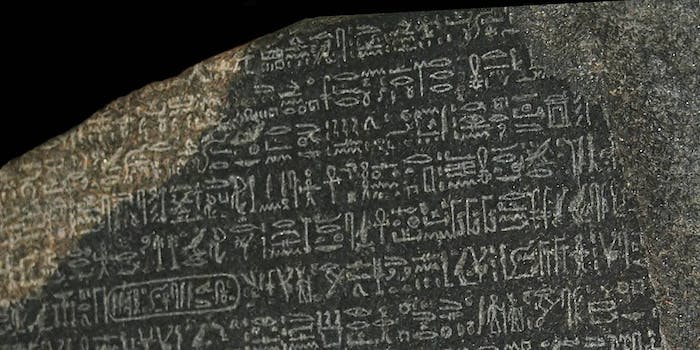 The Internet is killing most languages

But some will still survive in the "meat space."

According to a paper titled “Digital Language Death,” just published in PLOS One, less than five percent of the 7,000 languages spoken today will ascend to the digital realm. Granted, languages have been dying as long as they’ve been spoken, but the Endangered Languages Project reports that “the pace at which languages are disappearing today has no precedent and is alarming.” András Kornai, author of the new paper, blames the internet for why we’re more likely to be speaking French than, say, Mandinka, in the future.

The means and speed of language death might be new, but the pattern is old. According to the UNESCO page on endangered languages, “a language disappears when its speakers disappear or when they shift to speaking another language—most often, a larger language used by a more powerful group. Languages are threatened by external forces such as military, economic, religious, cultural or educational subjugation, or by internal forces such as a community’s negative attitude towards its own language.” Both of these forces, Kornai argues, are exacerbated by the internet.

The signs of eminent death for a language are a loss of function, where other languages take over entire functional areas such as commerce; a loss of prestige, as the young lose interest in learning and using the language; and finally a loss of competence, wherein a generation can maybe understand their elders, but don’t really speak the language themselves.

The great flat, globalized world of the internet operates pretty much as a monoculture, Kornai says. Only about 250 languages can be called well-established online, and another 140 are borderline. Of the 7,000 languages still alive, perhaps 2,500 will survive, in the classical sense, for another century, and many fewer will make it on to the internet.

As a test of vitality, Kornai began where all research begins: Wikipedia. “Experience shows that Wikipedia is always among the very first active digital language communities, and can be safely used as an early indicator of some language actually crossing the digital divide,” Kornai writes. “Children, as soon as they start using computers for anything beyond gaming, become aware of Wikipedia, which offers a highly supportive environment of like-minded users, and lets everyone pursue a goal, summarizing human knowledge, that many find not just attractive, but in fact instrumental for establishing their language and culture in the digital realm. To summarize a key result of this study in advance: No wikipedia, no ascent.”