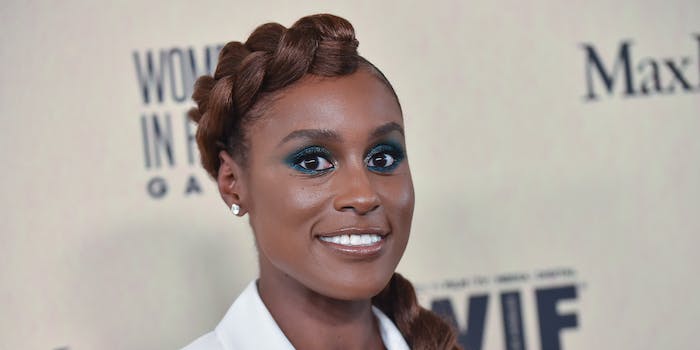 This week on the internet: The Instagram relationship reveal

Plus: Centaur Adam Driver and the best memes of the week.

Is this how we announce our new partners now?

Jennifer Lopez celebrated her 52nd birthday last weekend on a reportedly $130-million yacht off the coast of France, from which she posted several Instagram photos and videos. Her posts immediately went viral, but it wasn’t because she went all out for her birthday in a very Leo way; Lopez went Instagram official with Ben Affleck. In a multi-image post, which included several photos of her posing in a bikini, she saved the reveal for the end. There it was: a photo of Bennifer kissing,giving her fans exactly what they wanted.

Lopez may have launched a trend for how to publicly announce a new partner. This week, Chrishell Stause of Netflix’s Selling Sunset reality series posted a similar boyfriend reveal. On a post that included images of her on vacation with her co-workers/co-stars, she dropped the bomb that she was dating her boss, luxury real estate broker Jason Oppenheim. This was big news for fans of the show because in the latest season of the series, Strause went through a painful separation with her ex-husband, actor Justin Hartley—whom she says asked for a divorce via text message.

Strause acknowledged the hat tip to Lopez in her Instagram post, captioning it: “The JLo effect.” Is this how we’re all going to announce who we’re dating now? It does take away a little bit of the pressure from becoming Instagram official. Instead of just throwing a couple photo right on the grid, you’re making it part of a series of photos. It’s less jarring than posting a new partner unannounced on Stories. But Issa Rae’s husband reveal may have topped everyone else.

If you’ve ever had a bad experience with edibles, bong hits, or dab rigs, there may be a scientific explanation for that. As it turns out, the way our DNA is coded affects more than just genome expression. It also determines how our bodies respond to different substances and medications. The study of this is known as Pharmacogenetics testing, and it’s about to revamp the cannabis market—at least on a personal level. This at-home DNA test promises to deliver your ideal dose, strain, and consumption method. All you need to do is give them your spit.

Driver and Burberry joined forces to create a commercial filled with underwater sequences starring the actor and a horse set to the ethereal “Two Weeks” by FKA Twigs. Only at the end of the commercial is it clear what exactly Burberry is selling: its new cologne Hero.

Amid all the jokes, there was another clear emotional reaction to the ad: people want to fuck centaur Adam Driver. “Dude could mount me like his mare omfg,” one Twitter user said. —Kathryn Cardin, contributing writer

After facing criticism for homophobic comments during his set at Rolling Loud in Miami last weekend, rapper DaBaby released a new video that is only adding to the backlash.

The video for “Giving What It’s Supposed to Give” opens on a funeral scene but quickly devolves into violent and misogynistic imagery. At one point, DaBaby holds up a sign that says “AIDS” as he raps “Bitch we like AIDS/I’m on your ass/We on your ass/Bitch we won’t go away.” He then shoots the two men on either side of him.

DaBaby has faced criticism from multiple celebrities, including Dua Lipa, who collaborated with the rapper on her song “Levitating,” and Elton John. Even Smash Mouth stepped in. To critics, this new video felt like another non-apology. And many questioned the title of the song, a phrase that originated in the Black queer community. —Audra Schroeder, senior writer

M. Night Shyamalan’s latest film, Old, has become the subject of a new meme. Understanding the meme doesn’t require you to have seen the film. All it takes is knowing what the general plot is about: people on a beach that makes you old.

Now Playing:  “Jenny from the Block” by Jennifer Lopez