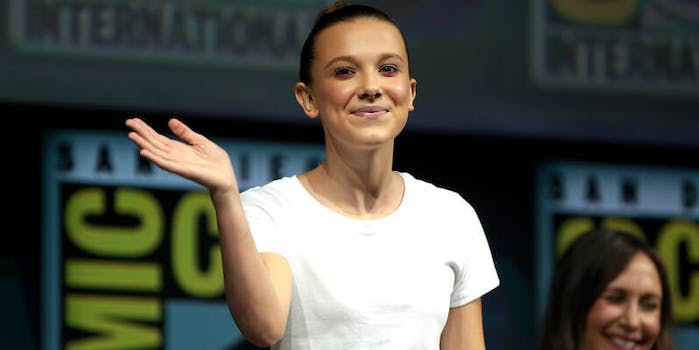 This week on the internet: Who is looking out for Millie Bobby Brown?

Who is looking out for Millie Bobby Brown?

We’ve just begun to reconcile with our past treatment of pop stars and celebrities. This year, media outlets who were hypercritical of Britney Spears in the ‘90s and early ‘00s released apologies following the Framing Britney Spears documentary. That documentary showed how the media criticized Spears’ choices from a young age, including what she wore and who she dated. Today, the 39-year-old singer is fighting to be freed from her 13-year conservatorship, which she has said is abusive.

But as people reflect on Spears’ treatment in the spotlight, many fear that something similar could happen to the current generation of teen stars, like Stranger Things’ Millie Bobby Brown. Millie, who is 17, made headlines this week after a 20-year-old influencer claimed in an Instagram Live that he dated and lived with the star when she was 16.

Now, Millie’s representatives are apparently “taking action” against Hunter Ecimovic, who admitted to “grooming” Millie. Ecimovic’s Instagram account has been removed, but he’s still active on TikTok, where he has 1.6 million followers.

Fans believe that what happened to Spears is now happening to Millie and that she needs adults who are looking out for her. The actress has already been sexualized in the media: USA Today reports that at age 13, she “was put on W magazine’s list of ‘Why TV Is Sexier Than Ever.'” A 2016 GQ profile called Millie a “very grown-up child” and commented on her legs.

Delta-8 THC is popping up everywhere. Here’s what to know

The popularity of Delta-8 THC has exploded in recent months. But unless you’re ahead of the curve, you’re likely wondering what the heck this stuff is. In actuality, when it first hit the market, we didn’t know what Delta-8 was, either. But after speaking to countless experts within the canna-science field, we’ve gained more insight into this particular cannabinoid than we ever thought was possible. Now we’re sharing what we’ve learned with you.

The darker side of Y2K fashion

What’s old is eventually new again, so it’s not much of a surprise that the fashion of the early 2000s is finally having its moment in the limelight. But amid the highs of Y2K fashion are, as one TikToker highlighted, the era’s many, many questionable lows.

“When I think about Y2K, I don’t think crop tops and halter tops and low-rise jeans only,” Carly Aquilino said. “I think about how we really wore every accessory at the same time. I think about how we wore jeans underneath skirts and dresses.” In a follow-up video, Aquilino rails on more bad but memorable Y2K trends including layering, mesh tops, and our continuing obsession with belts. —Michelle Jaworksi, staff writer

TikTok’s Photo Animation filter has its eye on you

TikTok’s Photo Animation filter is drawing out some emotional—and unsettling—responses. The filter is relatively new and allows people to animate eyes and mouths in photos, producing something akin to when the eyes move in a painting in Scooby-Doo. It also lets you uncannily animate your own face.

Last summer, TikTok claimed it was “adding a policy which prohibits synthetic or manipulated content that misleads users by distorting the truth of events in a way that could cause harm.” The Photo Animation filter seems fairly harmless; quite a few people have used it to animate deceased family members. But is it deepfake tech? It’s close, though it doesn’t allow speech to be automated.  —Audra Schroeder, senior writer