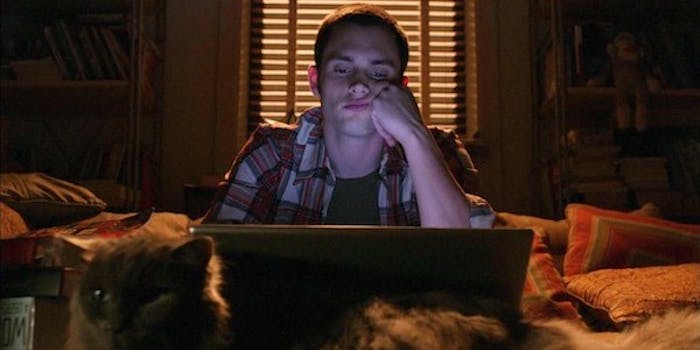 This week on the internet: The blog generation gets called out

One image pulled from a TikTok left a lot of millennials feeling attacked this week. “Older millennials got such a specific way of writing. they have bios like ‘author. sloopy joe enthusiast. world cup watcher. mother.’ and bday captions like ‘this is 35’ or ‘another year around the sun.’ it’s giving blog,” the text overlay on the TikTok reads.

Writer and editor Jenée Desmond-Harris shared the image with a few anxious sweating emoji, and more than 1,700 people quote-tweeted it with reactions—some posting their own bios that mirrored the format.

As a 30-something millennial, I felt the tweet deeply. A few years ago, I became conscious of this exact bio style, and I changed my Twitter one to a very boring, basic bio that simply lists my job. I am positive I had “enthusiast” in my bio at some point, but I don’t remember what it referred to. The tweet also made me realize that I’ve now been on Instagram for a decade; my first post was in 2012. That’s a lot of (likely now cringe-worthy) captions on photos.

As for the last line of text on that TikTok, “it’s giving blog,” that’s a point of pride. Yes, we’re the blog generation, and we own it. Maybe a little too much.

How to make your stress melt away

Maybe it’s the world falling to pieces or a work project that’s got you pulling out your hair—either way, we’ve found the perfect remedy. These chewable, plant-based CBD tablets from Liweli. The fan favorite Cherry Stress Melts deliver a calming dose of CBD in a tart-yet-sweet flavor that melts in your mouth.

Daily Dot subscribers get an exclusive 20% off Liweli orders with code DOT20.

Sophia Rose Wilson’s Euphoria character, Barbara “BB” Brooks, aka Vape Girl, has once again become a fan favorite since season 2 debuted. BB is just a small recurring role but fans are drawn to her vibe and penchant for saying memeable things. But now, fans are calling her out for her alleged old posts.

Last week, a viral TikTok from @zioraaaa circulated, allegedly showing two 2016 Facebook posts from the now-20-year-old Wilson, one in which she uses a racial slur and another, from Nov. 8, that states, “Trump just won Ohio!!” The TikTok has more than 2.6 million views.

After signing a $100-million exclusive deal with Spotify in 2020, Joe Rogan is the platform’s most popular podcaster. However, he’s also the most controversial, regularly accused of spreading conspiracy theories and giving voice to far-right talking points.

Throughout the pandemic, Rogan has shared anti-mask and anti-vaccine views on his podcast, recently facing backlash for hosting the prominent anti-vaxxer Dr. Robert Malone. Now, he’s attracting criticism from an unexpected but attention-grabbing source: Singer/songwriter Neil Young, who published (and then deleted) an open letter asking Spotify to remove his music in protest.