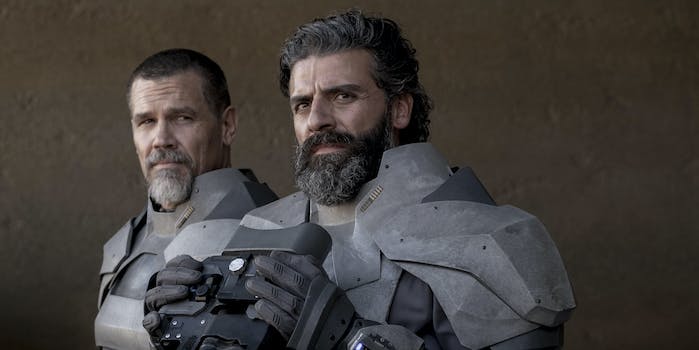 This week on the internet: ‘How you Dune,’ Yassify, and other top 2021 memes

Plus: TikTokers are using iPod shuffles as hair clips.

Last week, I broke down a few of the biggest memes of the year. Today, I’m back with the rest of the list.

That’s it! If you want to read about any more memes we covered this year, go here.

Harness the power of versatile ingredients

Meal planning can seem daunting, but there’s a hack that’ll help you become a pro. The secret to smart meal planning is versatile ingredients.

With this simple organization guide, you can harness the power of the ingredients on your shopping list. This is the key you’ve been missing in your meal planning.

The story behind that airplane breastfeeding TikTok

A staged TikTok of a woman breastfeeding a cat on a plane has racked up millions of hits, but it appears to have come from a Facebook “prank” page.

In a four-part series posted to the account alessiavaesenn, a familiar scene unfolds: A passenger has caused a disturbance by allegedly breastfeeding a cat, according to the man on the other side of the aisle. A flight attendant gets involved and a dispute ensues, leading up to a big reveal.

Though the videos are fake, it appears to be parodying an alleged incident in which a woman on a Delta flight from Syracuse to Atlanta was captured breastfeeding a hairless cat.

‘This is innovation’: Woman uses iPod shuffles as hair clips in viral TikTok

iPods used to be a coveted device for listening to music, but a viral TikTok showing a young woman opting to use them as hair clips instead has people freaking out.

Kirari (@sailorkiki) shared a video earlier this month in which she pairs a light green iPod shuffle with a purple one and makes them fashion, using the built in clips to stick them in her hair.

“My new favorite accessory,” she wrote in the caption.

A similar video, in which user @freckenbats jokes about finding an “iPod, I don’t know, like hairclip thing” went viral after making its way to Twitter.

Now Playing: “Last Christmas” by She & Him