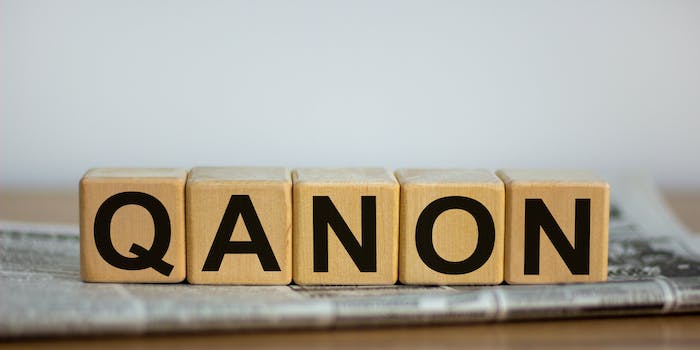 This week on the internet: Looking back at our first QAnon story

Also: A throwback post to celebrate our 10-year anniversary.

I wrote our first story on QAnon

I started working as a freelancer for the Daily Dot in 2017. Up until that point, I had written about a variety of topics, from NASA technology to burial culture. When I saw an editor put out a call for pitches from new freelancers, I was eager to take on another weird beat: niche internet culture.

I covered many strange stories that year about memes and Twitter drama. But the one story that I can’t stop thinking about is an explainer on QAnon that I wrote in November 2017. Not only was it the first time our publication covered the now-ubiquitous conspiracy theory; it was also one of the first explainers on QAnon to appear in a national publication.

At the time, I didn’t know I was covering something that would spiral out of control and lead to some of its followers to storm the U.S. Capitol on Jan. 6. The internet has a short attention span, and I figured the theory would fizzle out in a matter of months. I remember researching who people thought “Q” was and wondering if it was too absurd to even cover.

At the time, the conspiracy connected Fiji water, Pizzagate, and Alice in Wonderland. Four years later, the Daily Dot has written countless stories about QAnon, and other publications have followed. It’s not going away. QAnon has infiltrated the wellness community, and its supporters are winning elections. Despite the “predictions” of the conspiracy never coming true, it continues to pull new people in.

When I think back to writing about QAnon in 2017, it makes me sad to see how the conspiracy took on a life on its own and caused unimaginable harm. But it’s one example of how the Daily Dot covers the internet: We write about niche topics that appeal to the Extremely Online, and we continue to follow up on those stories, dissecting the ways they are affecting people in real life.

As an editor at the Daily Dot, I am now tasked with finding those weird internet culture stories. Sometimes the stories are depressing (see all of the above), and sometimes they’re earnest and funny. But it’s never a dull day covering the strange and dark corners of the internet.

Everyone and their grandma is falling in love with the many health benefits of a CBD regimen. But not all CBD tinctures are equal. Joy Organics USDA Certified Organic Tinctures are rigorously tested by a third party lab and feature only clean ingredients, ensuring the highest quality possible for its customers.

For a limited time, Joy Organics is offering a BOGO on all its CBD tinctures. Use offer code AUGUSTBOGO and get ready to enjoy balance, wellness, and the best night’s sleep of your life. Please note, the pet tinctures are not included in this offer.

On being Extremely Online

Before former staffer writer Jay Hathaway quit journalism to become a web developer (yes, he learned to code!), he wrote the definitive piece on being an Extremely Online person. This essay is still one of the best pieces I’ve edited at the Dot, and I always pull it up when people bring up the phrase.

“I start every working day at 8 a.m., with a cup of coffee on my desk and five columns of Twitter lists filling my laptop screen,” the piece begins. The apps we use have changed—now internet culture writers have to constantly be on TikTok constantly, as well—but the sentiment is the same.

“We collect stories no normal, healthy person could possibly care about,” Jay says. And it’s true! But what counts as normal or healthy these days, anyway?

READ IT: What does it mean to be Extremely Online?

If you’re doing the milk crate challenge, please be careful.